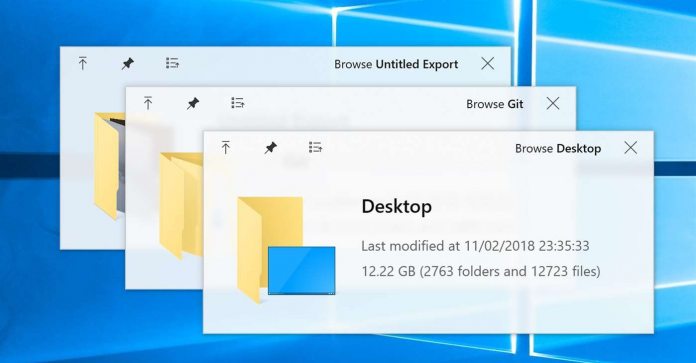 While Microsoft and Apple don’t see eye-to-eye on many aspects of the PC market, the companies can learn for each other. For example, a handy feature on Mac is the ability to press the space bar to launch a quick preview of a file. While Microsoft has not added a similar feature to Windows 10, a new QuickLook app gives users such a tool.

QuickLook is available now in the Microsoft Store. As it suggests by name, the app allows users to preview files within File Explorer. The developer points out the application supports most file formats.

A quick look at the app suggests it works exactly like the Mac features, meaning a space bar press will open the preview. There are also some other one button commands for interacting with files. Pressing Enter will run the preview in the default program in File Explorer.

Users can also press Escape to move through files, with each press brining up the next. Clicking a mouse and scrolling simultaneously will zoom/unzoom the preview. From our quick tests we found the app works well opening all file types we tried, although some animated files like GIFs take a littler longer to preview.

While this is not the first app on the Microsoft Store to offer one-button controls for various navigational needs in Windows 10. That said, the general look and feel of QuickLook is something that makes the app a good option for users.

This free application is available now from the Microsoft Store.

It’s also worth noting that QuickLook has received an update which comes with the following changes: