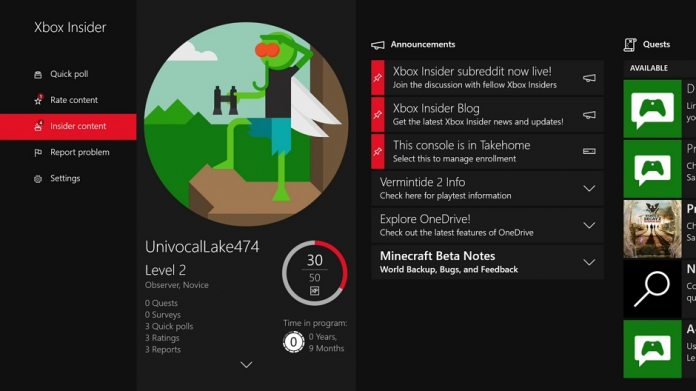 At its Xbox E3 event last week, Microsoft had plenty to announce, including new games, developer acquisitions, and new features. Among the latter group of reveals was Fast Start for Xbox One. This ability allows gamers to enter titles more quickly and is now rolling out for Xbox Insiders to test.

Microsoft says Fast Start lets users enter games two times faster. This is possible because Xbox One users can enter the game when less of the download is complete. In its related announcement blog, Microsoft explained how the feature works:

“With FastStart, you can now jump into your game twice as fast and play after downloading just a fraction of your title. FastStart identifies which files are needed to begin playing and prioritizes the download of those files first, enabling you to quickly jump into full-fidelity gameplay while the remainder of your title downloads in the background. Simply find the FastStart-enabled title you want to play, hit Download and your console will take care of the rest.”

Members of the Xbox Insider Program can now start testing the feature. The rollout tallies with Microsoft’s E3 pledge to introduce FastStart this month. If you are an Insider, the preview build holding the new ability is 1806.180612-1920. This upgrade is available on the Alpha, Alpha Skip Ahead, Beta, and to some Delta Insiders.

As Microsoft explained its is announcement blurb, a game will have to be compatible to use FastStart.

With that in mind, there are only eight Xbox Games Pass titles that support the feature right now. Those games are: The Flame in the Flood, Fuzion Frenzy, Screamride, Spelunky, Casey Powell Lacrosse 16, Dovetail Games Euro Fishing and The Golf Club.

Ok, none of them are triple A titles. However, Microsoft clearly wants to get the ball rolling with Fast Start in the hope more developers will embrace FastStart.