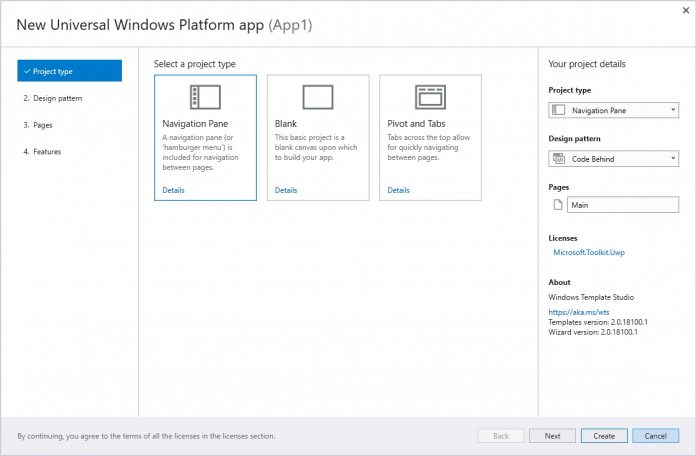 Microsoft has today launched an update for Windows Template Studio. The release bumps the development suite to version 2.2. As we have seen thought recent updates for the service, Microsoft is focused on incremental feature upgrades and stability.

Still, version 2.2 of Windows Template Studio does get some interesting new features. Among them is a 3D Launcher. Elsewhere, Microsoft has focused on keeping the service running efficiently, with enhancements to Wizard abilities and improved documentations.

Here is the feature changelog:

Windows Template Studio was released last year as a new service specifically for developers of Universal Windows Platform (UWP) apps. It gives Dev’s tools to create new applications more easily thanks to a wizard that guides them through creations.

The open source suite highlights pages, frameworks, and features through a four-step process. UWP apps can be created more quickly and efficiently. Microsoft developed the Template Studio as an evolution of Windows App Studio.

As well as new features in version 2.2, Microsoft also updated the development platform:

The company says it is working on User Activity APIs for Windows 10 Timeline support within applications. Below is what the company says will come to WTS soon: