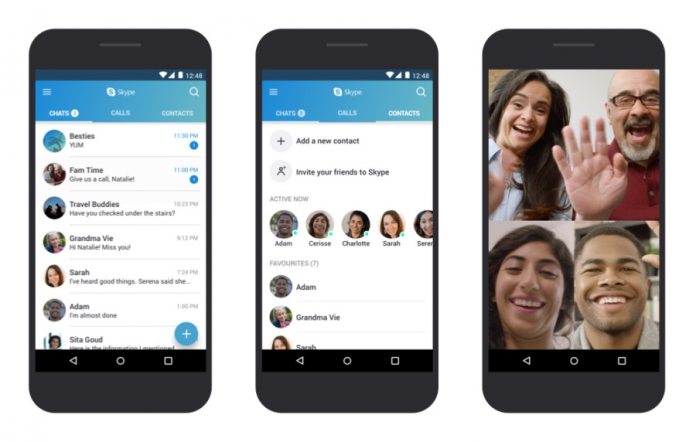 Skype for Android has received a minor improvement in the form of easy contact access from the dial pad. The feature adds a small icon below the settings cog that opens the regular contact menu for browsing.

Microsoft says this addition came about as a result of user feedback. It’s particularly useful if you want to check if someone is on Skype before you use credit.

Unfortunately, the update doesn’t bring any other features, but it does come with the usual stability and performance updates. In general, you can expect a smoother experience with fewer crashes, which is always nice.

Microsoft seems to be focusing strongly on calling this year, with screenshots and sharing coming in January, improved audio control in February, and call intent support in April. Call intents let users phone a number directly from an app or browser by clicking it, requiring Skype Credit to function.

After its controversial update, the company has also opened Skype for Android to more users. An update in March let devices from Icecream Sandwich to Lollipop run the app, despite a lack of security patch support from Google.

Even so, Skype for Android has a long way to go to win back its fan base. Users still routinely dish out low ratings due to poor performance, a confusing UI, and Snapchat-like features. Small additions like the contact button show that Microsoft is listening, and we hope to see further UI improvements in the future.

You can download the update now from the Play Store.