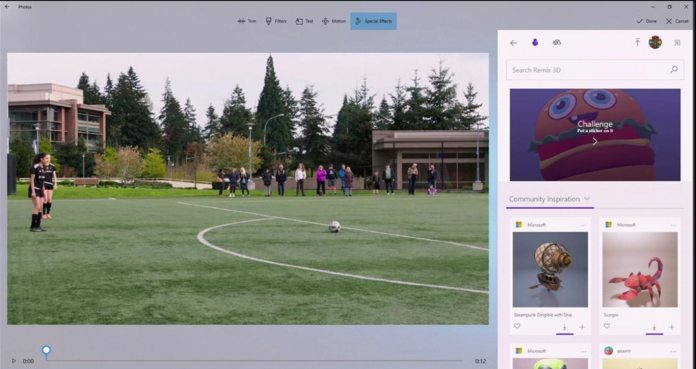 Microsoft has silently debuted what looks like a new app in Windows 10. ‘Video Editor’ has been making a debut on user’s Start Menu with no notice, but its appearance is deceiving.

In reality, Video Editor isn’t a new app at all. The shortcut simply leads to the editing portion of the Photos app, which has had the functionality for some time. In essence, Microsoft has finally decided on its naming.

The company initially changed the name of Photos to ‘Story Remix’, but users were very unhappy. The title didn’t give any hint of what the app did and would likely result in lower usage. As a result, it tested calling the app Photos & Videos, but that doesn’t highlight the editing capabilities.

A Long Way to Go

The addition of a Video Editor shortcut is a good middle ground, but it also highlights the lack of a standalone app. Windows 10 came out in 2015, and users are yet to find a replacement for the previous Movie Maker.

Microsoft has been updating its Photos app will new editing abilities, but it lacks refinement. The focus has been on AI-driven automation and 3D effects, rather than the more advanced features users would like.

For example, Photos’ export abilities are very limited. The only choices for aspect ratio are 4:3 and 16:9, despite the popularity of 16:10 and 18:9. Quality settings range from ‘quickest’ to ‘online sharing’ and ‘longest upload’. It’s clear Microsoft is targetting it at family vacation videos rather than anything serious, but there’s a lot more we’d like to see.

That said, users should be able to find the shortcut after an automatic update to the Photos app. If you haven’t used Photos’ video editing tools, it’s worthing giving it a try and sending feedback. You can update manually here.