Microsoft has been riding the crest of a successful wave in recent years. Under CEO Satya Nadella stewardship the company has garnered consistent growth from a cloud-first approach. However, does that success come at the detriment of Microsoft employee satisfaction. In terms of salary happiness, it seems to.

Over the last three years, employee income satisfaction in Microsoft has been on a consistent decline. Surveys conducted internally by the company are published each year. CNBC reports this year’s survey was taken by 86% of Microsoft’s 124,000+ employees.

In this year’s Microsoft employee study, 61% of respondents answered positively to the question “my total compensation (base pay, bonus, equity) is competitive compared to similar jobs at other companies”. While this remains a majority, it is a 4% decrease compared to last year’s poll.

Among the questions with decreases include the value between contribution and reward, manager confidence, and satisfaction comparison against other companies. However, the percentage drops year-on-year are not large enough to highlight a significant problem, although these areas have been trending downwards for four years: 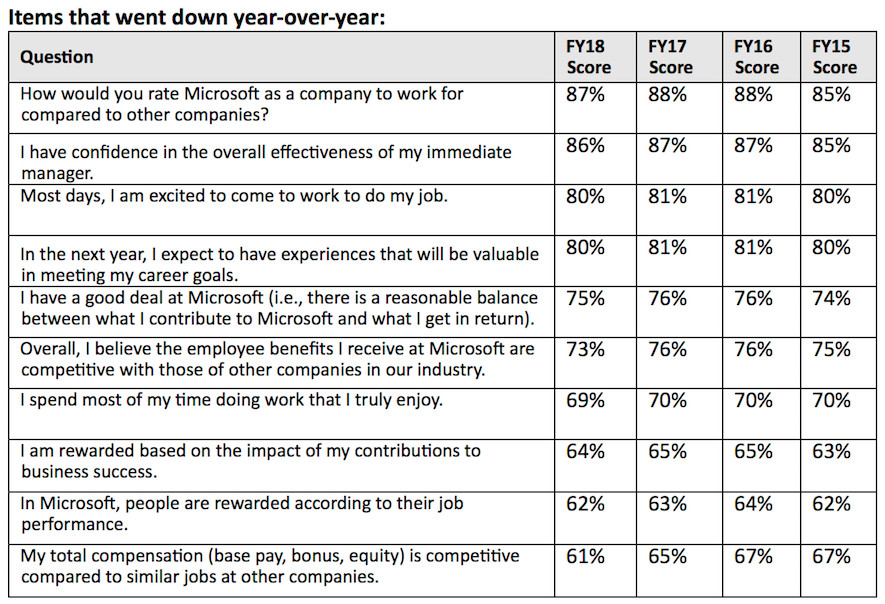 Microsoft will be concerned with some of the lower scores with under 70% of votes. For example, only 62% believe they are accurately rewarded in relation to job performance. For the question “I have the tools and resources I need to deliver excellent service to my customers” only 68% answered positively: 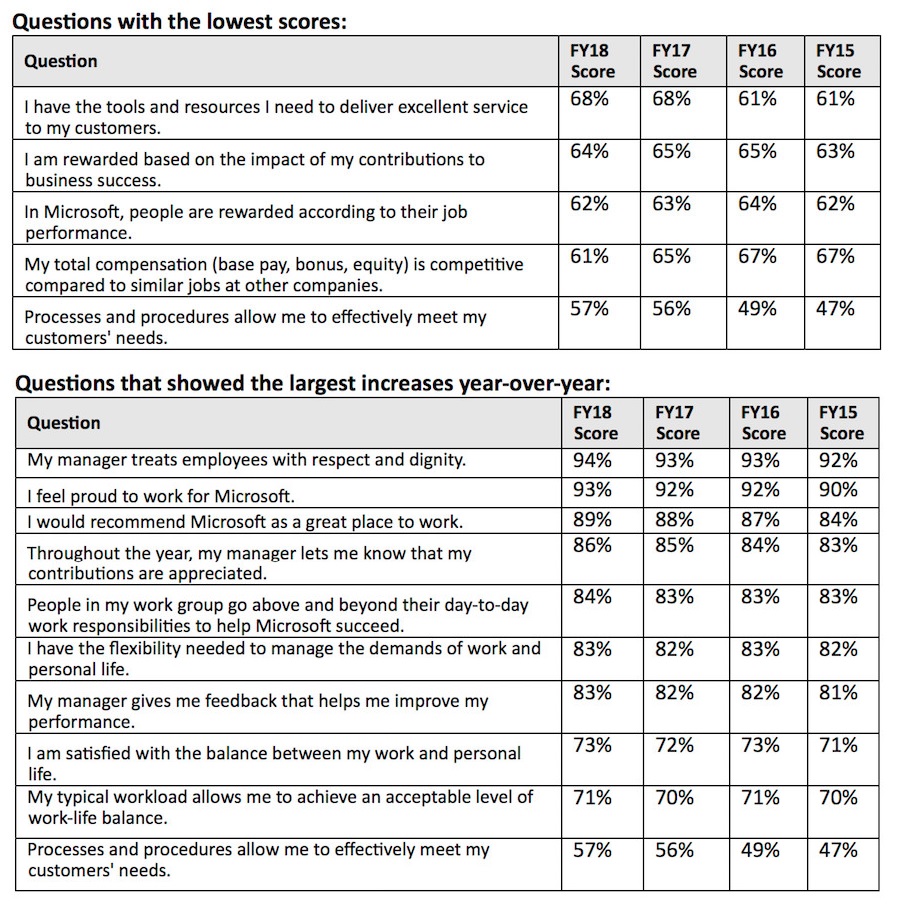 In terms of these low score questions, it shows over a third of Microsoft’s employees are unsatisfied with aspects of the company.

Still, many areas enjoyed significant growth year-on-year. Employees still like working for Microsoft, with 93% saying they feel proud to work for the company.

Elsewhere, 94% says they are treated well and with dignity by managers and executives. 89% say they would recommend Microsoft to other people as a good place to work.