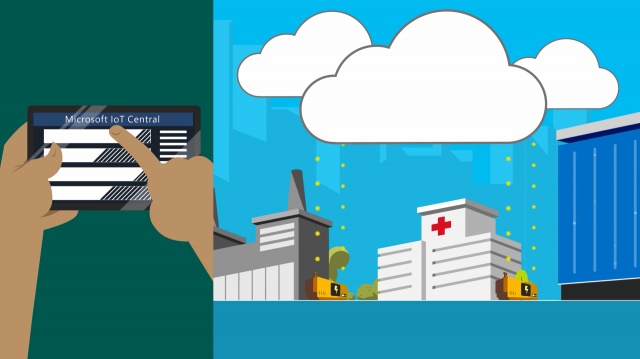 Microsoft had some important announcements at Computex 2018 in Taipei Taiwan today, such as Windows Collaborations Displays. The company also took the wrapper off a new version of Windows 10 IoT Core. The new version is called IoT Core Services will be a paid service, compared to IoT Core’s semi-annual free availability.

As the company points out in a blog post, the new IoT Core Services will be supported for 10 years. However, there will be no feature updates, which will be reserved for the semi-annual Windows 10 IoT Core.

Microsoft says locking down IoT Core Service away from updates will allow the company to focus on maintaining stability. There are several benefits that come with the new system. For example, as mentioned the service is supported through Windows Long-Term Servicing Channel (LTSC) for 10 years:

“Devices using the LTSC release won’t receive feature updates, enabling them to focus on stability by minimizing changes to the base operating system. Microsoft typically offers new LTSC releases every two to three years, with each release supported over a 10-year lifecycle.”

Additionally, users can use the new Device Update Center (DUC) to create, control, and customize updates across devices. New updates are sent through the Content Distribution Network (CDN) which is where Windows Updates come from.

Microsoft says IoT Core Service customers can organize updates for device drivers, OEM applications, and OS. Also worth mentioning, updates can be placed under test before reaching a wider distribution.

“Evaluating the trustworthiness of a device at boot is essential for a trusted IoT system and a device cannot attest to its own trustworthiness. Instead, this must be done by an external entity such as DHA Azure cloud service. This service evaluates device health and can be combined with a device management system, such as Azure IoT Device Management. With this, you can take actions, for example, re-imaging the device, denying network access or creating a service ticket.”