Earlier this year, Google rolled out the first major update to Gmail in years, landing a redesign and plenty of new features. At the moment that update is still in preview for users who choose to adopt it. However, Google will make the upgrade mandatory eventually. With that in mind, the company is giving G Suite users months to prepare.

The company published a blog post announcing G Suite users will be forced into the new Gmail this October. In other words, the search giant is giving customers four months to prepare for the mandatory migration.

Beginning in July, G Suite admins will be able to migrate users to Gmail. Users will be able to switch to the new service anytime during the months. During this time and through August, users will still have the ability to opt out of the update.

Starting in September, Google will start putting its foot down. The company says users who haven’t updated by September will be transitioned automatically to the new Gmail. Still, through this month they will still get the ability to opt out.

In October, all remaining hold outs will be automatically migrated and the opt out button will be removed:

“Approximately eight weeks after the GA announcement in July, any users who haven’t yet been transitioned to the new Gmail will be automatically migrated to the new experience. They’ll have the option to opt out of the new Gmail for an additional four weeks.”

While Google has not confirmed either way, we guess this system will also be used for general users.

Plenty are complaining about Google’s decision to remove the opt-out button, but it is hardly unprecedented. Most tech companies will force an update on users of a service eventually. There could be an argument that G Suite is an enterprise product so should leave an opt-out, but Google is giving six months since the release of the update for users to make their choice.

It just seems that choice is, update or stop using Gmail.

Google Brings All Messaging Services Under a Single Team 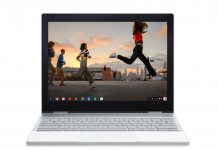