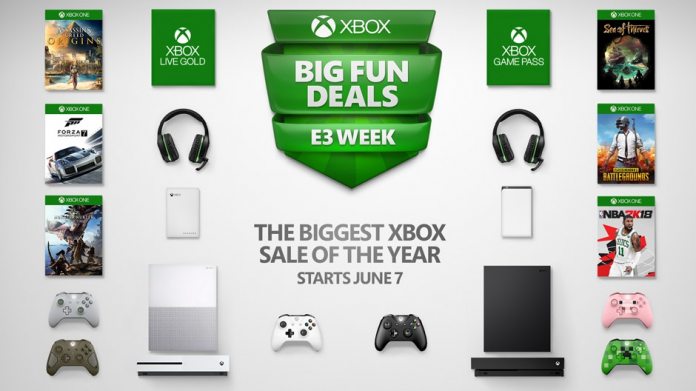 Microsoft is gearing up for its Xbox E3 press briefing, which is now just under a week away. As we wait for the big event, the company has announced a new Xbox sale. Indeed, this is the biggest sale for the game division so far this year, with plenty of deals to be had.

Ahead of the Xbox E3 event, Microsoft will open the sale on Thursday, June 7. Customers can save big on accessories and titles. However, the big part of this sale is a $50 discount on Xbox One consoles. This includes all consoles, even the flagship Xbox One X.

With the sale coming in three days, here are the offers that will be available:

Microsoft’s Xbox E3 event will take place this coming weekend, ahead of the game trade show next week. Earlier this spring, Microsoft detailed what we can expect from its festivities as E3 this year:

As normal, the company will kick off the event with the Xbox E3 briefing at the Microsoft Theater. This will be held on Sunday, June 10 at 1pm (local). This event is where the company discusses new hardware (unlikely aside from accessories) and new games (very likely).

This year, Microsoft will be putting its Mixer game streaming platform to good use. For those who cannot be at E3 2018, the company will stream its participation on the Xbox Mixer Channel. This can be accessed through the Mixer app on Xbox One, Windows 10, Android, and iOS. The broadcast will be beamed in six languages: English, German, French, Italian, Spanish (LATAM), and Portuguese (LATAM).