We written plenty recently about Microsoft’s growing market value. The company is locked in a battle with Google parent Alphabet and Amazon to become the second most valuable organization, behind Apple. The tech giants are also all in a race to become the first trillion-dollar company.

Microsoft has now moved into de facto third most valuable company in the world. At the close of trading on Tuesday, Redmond’s market value was capped at $753 billion. As for Alphabet, the Google owner secured a market value of $739 billion at the end of regular trading.

This means Microsoft has now overtaken Alphabet into third place. As for number 1 and 2, Apple and Amazon respectively still hold those positions. Apple is just below $900 billion in market value, while Amazon closed with $764 billion.

Apple continues to be the runaway leader and most likely to reach a trillion dollars first. However, Microsoft, Amazon, and Alphabet are all enjoying market growth, so the race will be interesting in coming years. Indeed, Microsoft is not too far away from Amazon and in turn Alphabet is still close to Microsoft. 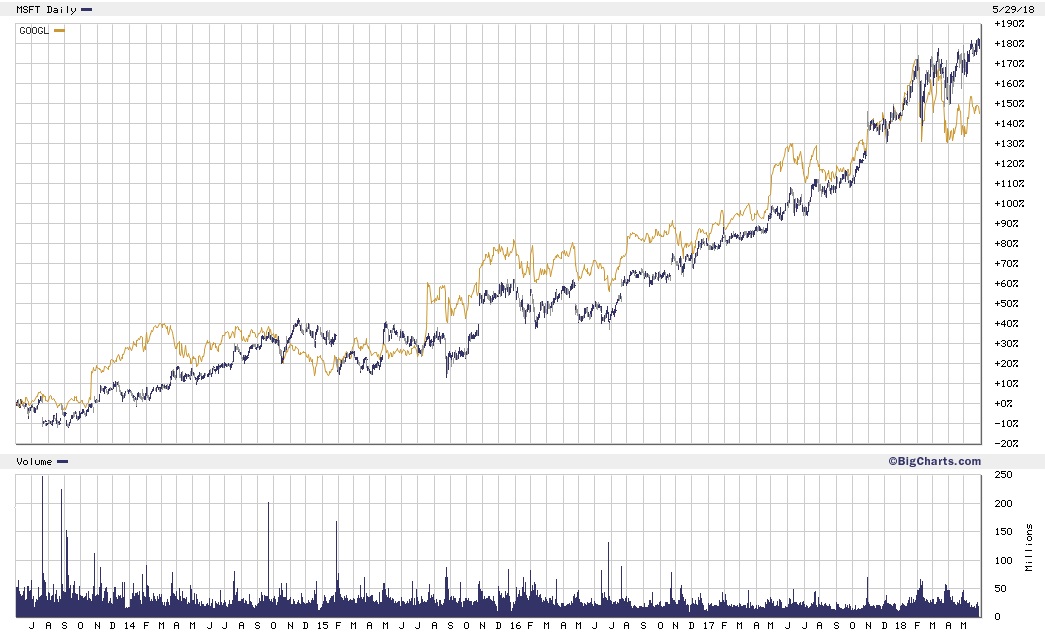 As we have written before, these three companies are likely to change positions regularly. In fact, Microsoft and Google have regularly swapped positions and will continue to do so as they get closer to Amazon.

It is worth noting that since Google restructured under parent company Alphabet, it has had a lead over Microsoft. Redmond’s growth shows CEO Satya Nadella’s push to make Microsoft a cloud-first company. That strategy has been successful as the company has enjoyed huge growth in recent years.

Despite securing third place in the market value stakes this week, Microsoft’s stock prices declined on Tuesday. Investors attribute the slight decline to political turmoil in Italy, driving a selloff of stock.