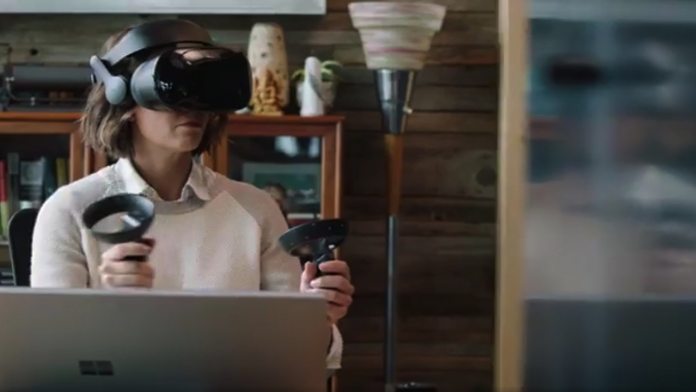 Twitter sleuth WalkingCat has unearthed a strange video ahead of Microsoft’s SharePoint Virtual Summit today. It seems that in its push for Mixed Reality, the company may have gotten a little carried away, and is introducing in SharePoint, of all places.

SharePoint Spaces lets users create Mixed Reality experiences that can be shared with others to view data in 3D. The idea is to use it to demonstrate new products, show 3D video, or train staff.

It’s clear that Microsoft is being very forward thinking with this, given the fact that Mixed Reality devices still aren’t popular in the workplace. The video shows employees, pulling on a bulky headset to stare at data visualizations, which is hard to imagine in the current environment.

However, it does shed a lot of light on recent changes. Apps like Paint have been updated to support 3D content, and Microsoft Layout and Remote Assist just got a preview release. The apps will let users view office layouts in real-time, as well as provide users with virtual help on various tasks.

Microsoft envisions a future where employees will jump between to devices to view content. Their PCs will work in tandem with Mixed Reality headsets, used to view and showcase complex data.

So far, though, headsets are bulky and control methods are rudimentary. Being blacked out from the world with a screen two inches from your face doesn’t make for a compelling work environment. This could change as devices get smaller and collaborative tools get better, but there’s a long way to go to meet Microsoft’s vision.