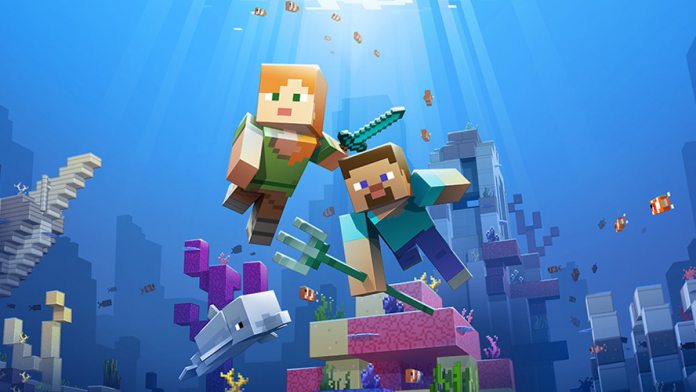 Minecraft’s Update Aquatic is now available on Xbox One, Windows 10, and a number of VR and Mixed reality devices. The release is just one stage of a two-part update that significantly revamps the game’s underwater content.

Unfortunately, the Java version of Minecraft won’t be receiving the update just yet. Mojang says it will be ‘coming soon’, alongside Aquatic’s second part. Xbox 360 users will also have to wait, and this will be the last update they get.

Instead, Microsoft will be focusing on the new Bedrock Engine version of Minecraft. It supports improved graphics, cross-platform play, VR, and more. Last-gen consoles make up just 5% of the player base, so the move makes sense.

Though this is only a partial update, it includes a wealth of content. Here are the features coming to the game this time around:

It’s already clear this will be the most significant shakeup of Minecraft for some time, and it’s a good spot to say to goodbye to older versions. If you don’t yet have the game, you can grab it from the Microsoft Store.