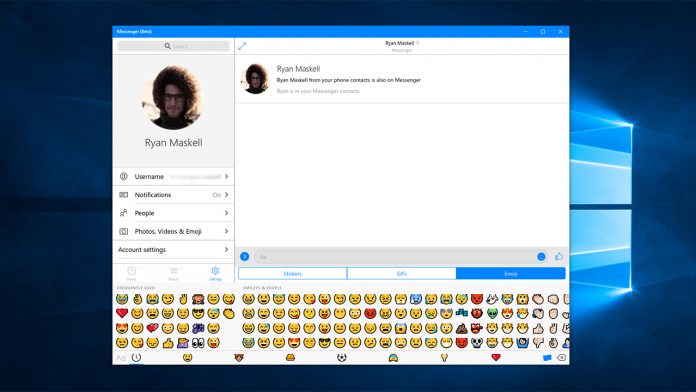 Users of Facebook’s messaging service won’t have to use the web app for much longer. The social media giant is bringing a number of features to its Messenger for Windows 10 beta that brings it in-line with its mobile and browser apps.

Facebook hasn’t provided a changelog for its app, but WindowsBlogItalia has painstakingly searched for the additions. One of the major features is the ability to send photos in HD via a settings toggle. The functionality extends to videos, which will send in HD automatically from then on.

Other major additions include an availability toggle, which can be found in the settings menu. Enabling it means friends won’t be able to see if you’re online if you’re busy talking to others. Message reactions have also made a return, though I still don’t know anyone who actually uses them. You can disable them per-chat by changing the contact’s notification preferences.

With these changes, Messenger for Windows 10 beta is much closer to a full release. It still has a number of visual bugs, but most of the important features are there. Its availability will be important to users like me who don’t use the News Feed portion of Facebook and want Action Center notifications.

You can download the beta now from the Microsoft Store.