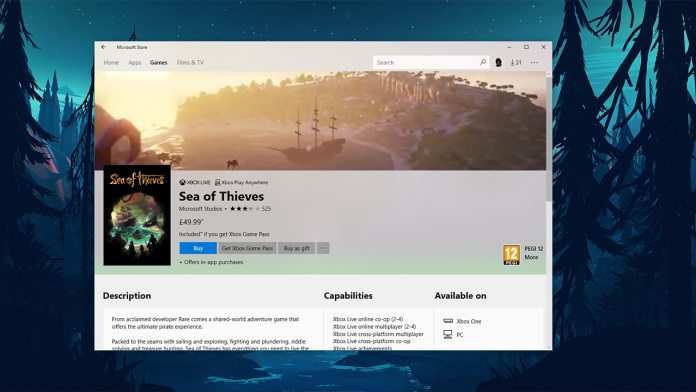 It’s been a long time coming, but PC users can now gift games from the Microsoft Store. The full feature came to Xbox a few months ago after much anticipation, so it’s nice to see it enabled on desktop.

“Last Fall, the Microsoft Store enabled gifting of select Xbox One digital games, Xbox One downloadable game content (durables only), and Xbox Live Gold and Xbox Game Pass subscriptions. This feature has been a huge hit with our fans and has made buying presents for friends and family even easier, especially around the holidays.”

“Today, we’re excited to announce that we have expanded digital gifting to include PC games and PC downloadable game content (e.g. map packs, skins). Further, all Xbox One games are now eligible for digital gifting.”

To gift items, you must be using Windows 10, Xbox, or the online store. On all game pages, there should now be a ‘Buy as a Gift’ option, when you can select and enter an email address.

After that, you simply buy the game through the usual method. The recipient will get email with instructions so you don’t have to worry about explaining it to them. However, it’s worth noting that there are a number of restrictions on gifting.

You can only gift a product at its discounted price twice, and can make a total of 10 discounted gifts every 14 days. If you’re purchasing at full price, you can gift as many as you like.

Some of these resitrictions may be frustrating, but it’s clear they’re there to stop abuse. Microsoft is trying to cut out key re-sellers, who often buy discounted items in bulk and undercut stores at a later date.

That said, the company is working on gifting and is hoping to bring more improvements soon. The next step is to enable app gifting across Windows 10 and Xbox One.