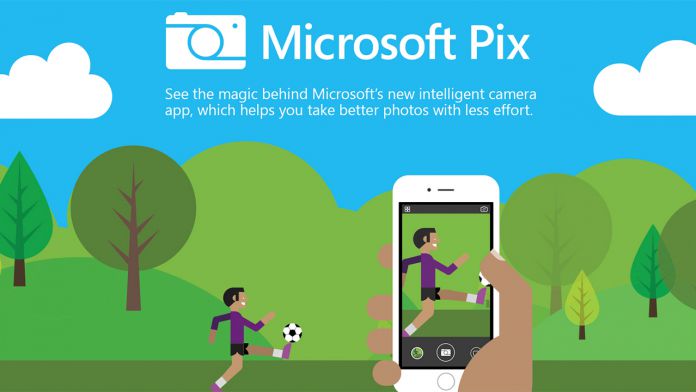 Microsoft Pix for iOS has been updated to version 1.7 with a number of small improvements and additions. The app bills itself as an ‘intelligent camera app’, using AI to perform automatic enchancements, face recognition, and more.

Last year, the app got AI-powered document photography, widening its functionality. The integrations likely came thanks to Microsoft’s work on Office Lens, and makes it much more of a catch-all for photos.

Unfortunately, that extended fully to business cards. With version 1.7, Microsoft has made several updates in that regard, making reading business cards faster and easier. It also supports landscape view when adding contacts directly from business cards, fixing a major annoyance. To improve accessibility, there’s also voice-over-text functionality in Pix.

Pix is very strange for Microsoft in that it’s exclusive to iOS. For obvious reasons, the company tends to focus on Android for its mobile products, or at least release on both. However, with recent announcements of Google Lens features, it’s looking like a smart idea.

At its I/O conference this week, Google announced a number of features coming to Lens. The camera and AI vision software will soon be able to convert and organize receipts. It will also be able to show users nearby restaurants and activities, show products to purchase with similar styles, and more.

As Lens will be built into a number of Android phones going forward, it would be very difficult for Microsoft to compete. It’s possible Apple will catch up soon, but for now, Microsoft has the smartest camera on iOS, and today’s features aid that further.