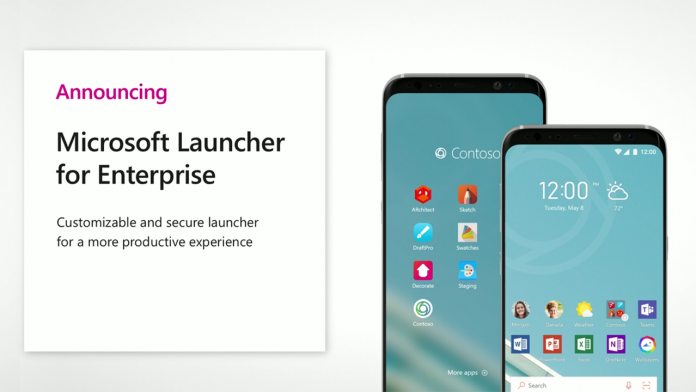 Microsoft Launcher will no longer be restricted to regular Android users. During the second day of its Build 2018 conference, Microsoft announced an enterprise version of the popular home screen replacement.

We’ve seen this coming for a while, recent updates adding recurring reminders and enchanced calendar functionality. However, though the presentation was brief, it did reveal several upcoming features.

Firstly, Microsoft will be upgrading the app with the security requirements of enterprise. One example is the ability to create a secure folder for sensitive business apps. It will also let admins push notifications to employees in their feed.

Other than that, information is sparse, and that includes the release date. We expect Microsoft to follow up with more details soon, followed by the usual preview period.

It will be interesting to see what functionality makes it to Microsoft Launcher for Enterprise, including new improvements like Windows Timeline. Current users are able to tap into a cross-platform version of their activities, continuing work on their PC and vice versa.

Microsoft hasn’t been clear about the technology behind this feature, but its possible adjustments will be made for security. Either way, it could prove a powerful productivity tool when combined with cross-platform mirroring.

At the time of writing, we haven’t seen a way to sign up for more information, but stay tuned for further updates.