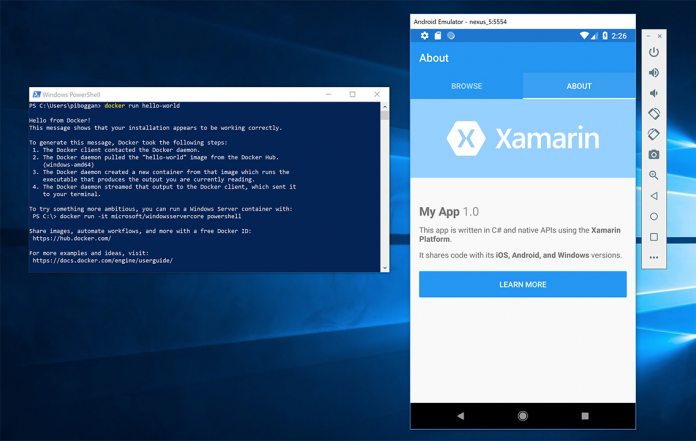 So far, Build 2018 has shown an attitude towards cross-platform that is unprecedented for Microsoft. Another aspect of that newfound openness is the availability of Android emulator support in Hyper-V.

For the unfamiliar, Hyper-V is a virtualization system that lets users run other OSes inside of Windows. They run in their own environment without affecting the rest of the OS, making them extremely useful for testing.

In collaboration with Xamarin, Microsoft has introduced an Android emulator to this service, allowing it to be run side-by-side with VMs, Docker, or the HoloLens emulator. For developers, it means a fast testing experience that will incorporate the latest APIs and Google Play Services.

According to Microsoft’s engineer Miguel de Icaza, the addition is made possible by the Windows Hypervisor platform.

As a result, it requires the latest update to run and is still currently in preview. You can enable the Windows Hypervisor Platform by heading to ‘Turn Windows features on or off’ and ticking the relevant box.

To gain access to the emulator, users then have to download and install the Visual Studio Tools for Xamarin preview. It’s a fairly simple process that developers have been waiting for.