Fitness trackers have proved a bit of a nightmare for Microsoft. The original Microsoft Band sold well, but its second iteration was of questionable quality. Users reported a number of issues with build quality and were angry at the lack of Windows 10 on the device.

Microsoft soon announced that a Band 3 wouldn’t be coming that year. It also broke up the Band team and removed the software development. Last year, it axed its Lumia phones, making it unlikely a Windows-focused fitness tracker would come any time soon.

However, it appears Microsoft still has some ideas floating around. Two patents were spotted by WFSA and they’re undoubtedly for fitness trackers. The first abstract explains a “ring-shaped, electrically conductive skin sensor sized and shaped to form and electrical connection with human skin”.

The second is a blood pressure sensor that utilizes machine learning for more accurate and personalized readings. Both were filed in 2017, after Microsoft canceled the Band 3, and show the same device design. 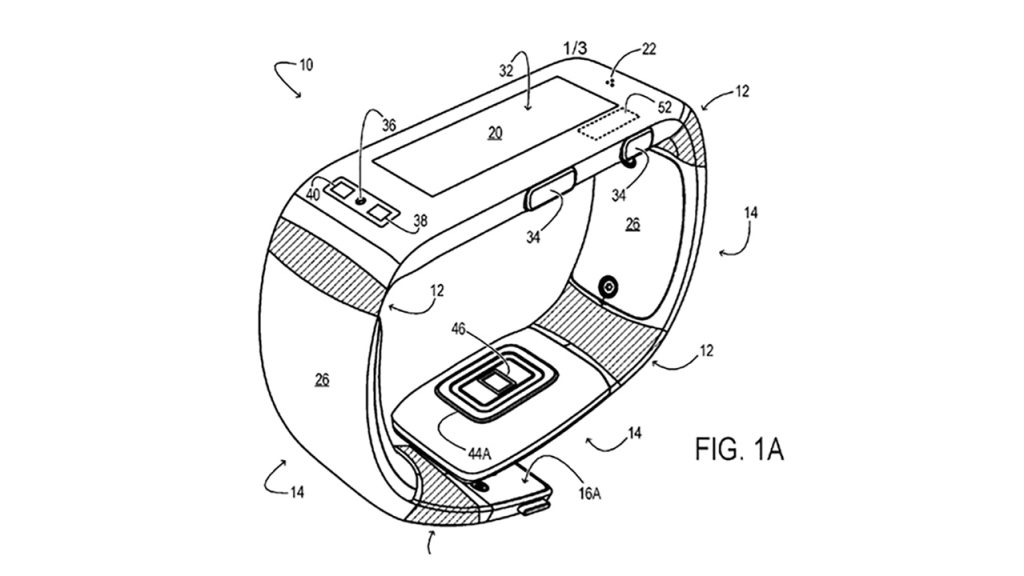 However, there are some issues with the assumption this will next Band device. Firstly, like any tech company, Microsoft is constantly testing new ideas in a number of categories in the hopes of discovering something significant. It doesn’t necessarily mean it will bring a device to market, as even the best ideas can be hard to sell.

There’s also the problem of the name. The Band brand hasn’t made a good name for itself. It’s rightfully received a lot of bad press due to shoddy build quality and other issues. As a result, it probably wouldn’t be smart to release under the same name.

Microsoft’s naming is so fractured that it’s hard to predict, but Surface Band does have a nice ring to it. It would emphasize quality and compatibility with current hardware, as well as the rumored Surface Phone and the rumored Andromeda foldable.

Either way, it’s too early to do anything other than speculate. We’re just happy Microsoft hasn’t forgotten about its fitness fans.