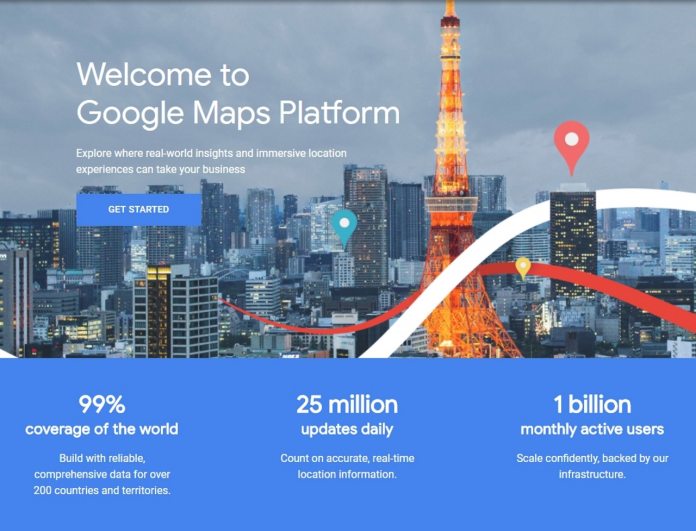 APIs for Google Maps to integrate Google maps into websites and applications have been available since 2005 but so far twithout a consistent platform. Googles Maps Platform is bringing all maps related api-services under one umbrella.

Using the Google Maps Platform, developers can enrich their applications with maps, route planning and location information via interfaces (APIs). There are a total of 18 different APIs with which Google’s map services can be used. Developers can migrate previously used APIs and settings to the new interface with a special tool offered by Google.

APIs for Gaming, Car-Sharing and Logistics

The recently announced Google Maps for Games can also be found on the new platform, as well as APIs tailored for car-sharing and the logistics sector.
With new APIs goods can be tracked automatically in real time and recorded on separate maps. Providers car-sharing apps can integrate Google’s navigation system into their software using their own interfaces.

Google wants to bill its services according to usage, with the first $200 per month being free in each case. According to Google, 98 percent of existing users will continue to be able to use the map services completely free of charge. However, providers of apps and services also had to pay previously to use Google Maps on a large scale.

The new billing model has already led to some heavy criticism like on this thread on Reddit. The fact that Google has so far enabled 25,000 free views per day is particularly criticized, as the new model limits free calls to 28,000 per month.

Some developers writing on Reddit consider switching to the open source service Mapbox, which also offers APIs for map-integration.