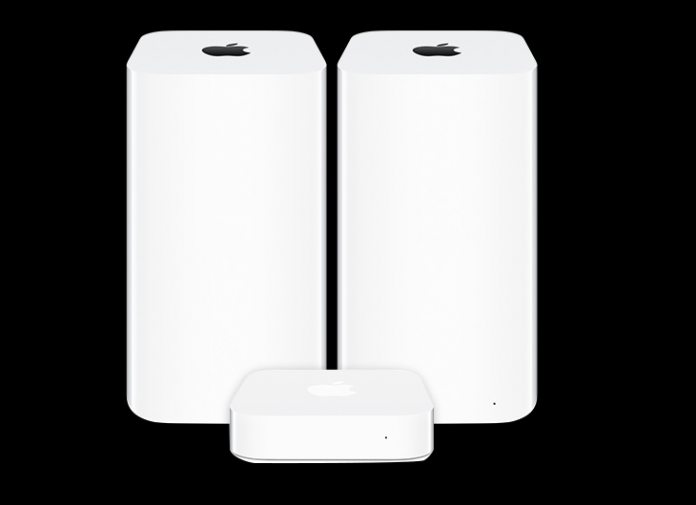 Apple has been a router manufacturer since 1999, although it is one of the lesser aspects of its business. However, the company is now planning to stop selling its AirPort, Time Capsule, and AirPort Extreme routers.

Speaking to Engadget, Cupertino confirmed it will ditch the products. Despite this decision, Apple will continue to support its existing routers with security patches and bug fixes. The move brings to an end the almost two-decade lifespan of the AirPort lineup, one of Apple’s most established product series.

Apple was early into router development, aiming to dominate what was then a nascent market. However, the company was always (correctly) more focused on other hardware and more dedicated router providers took control of the market.

Router sales have hardly been a profit driver for Cupertino, but there is a certain irony to the timing of this announcement.

Tomorrow, Apple will announce its fiscal second quarter financial results. Wall Street is scrambling as the world’s most valuable private company is expected to announce disappointing results. Mirroring a decline in overall smartphone sales, the flagship iPhone X is not selling like the proverbial hotcakes Apple is used to.

In fact, most analysts suggest the X has been a disappointment and most consumers prefer the iPhone 8/8 Plus. A poor financial bracket has been expected and Apple’s share price has fell 9% over the last month.

Whether the smartphone boom is over or not, it is believed Cupertino is now seeking diversity. So heavily reliant on iPhone, a smartphone market collapse would be harmful to Apple above all other companies.

It is ironic then that a company that will push product diversity in the coming years is ditching a product line. Of course, routers are not the future and savior of Apple, but removing them reduces the areas the company is present. Cupertino is thought to be driving towards content creation, with a focus on TV, movies, and music.

The interesting thing with Apple is the general public has been sold on the concept the company is a great innovator. Decades ago it was, but what Apple has excelled at this millennium is standing on existing technology, refining it, making it work better, and then wrapping it in a package everyone wants.

Nothing about the iPhone, iPad, or iPod was new, expect that Apple managed to merge existing technology into desirable hardware that worked. By the way, that’s a massive compliment and not a criticism.

The problem is, Apple’s eye for finding nascent tech and becoming a leader in it has been failing in recent years. In terms of AI, virtual/augmented reality, autonomous tech, and other avenues, the company seems to be behind the curve. Even content creation, Apple would be entering a mature market dominated by some massive established names.

Over the next two years, Apple is facing a transition and it will be interesting to see how the company changes to become and “iPhone and” company.