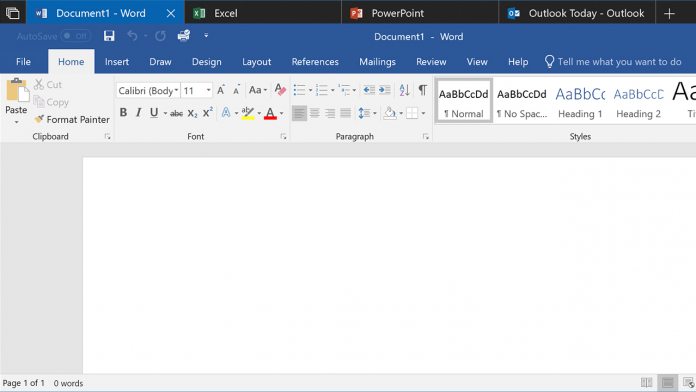 Microsoft is just finishing up the Windows 10 Spring Creators update, and that’s freed time to work on Redstone 5. Insiders on the ‘Skip Ahead’ ring will notice a number of new features, especially if they’re an Office user.

For the first time, Build 17643 introduces ‘Sets’ to Office Insiders. The feature makes it much easier to group, refresh and recall data sources by offering a tab-like interface. You can run Word, Excel, PowerPoint and more from a single window, saving switching between them on your taskbar. It also enables Sets for the majority of Win32 apps that use the default title bar.

Aside from that, Microsoft has been working on small tweaks to make its features more streamlined. For Edge, that means making Microsoft WebDriver available on demand. For developers, the change should make it easier to get the correct version and fix annoying issues like binary mismatches.

Those tweaks extend to accessibility, such as Magnifier, which has the following new additions:

“Choose where to keep the mouse cursor: We’ve heard your feedback asking us for a way to keep your mouse centered on the screen in Full-Screen mode, and with this build, we’re making it happen! This new option under Settings > Ease of Access > Magnifier > “Keep your mouse…” > “centered on the screen” enables easier tracking and use of the mouse, especially helpful at higher magnification levels.

More options for increments: You’ve also been asking for even more control of your zoom level increments, so we’ve taken a moment to add two new increments to the list: 5% and 10%.”

Finally, DataSense has been tweaked to show usage while roaming, and the following bug fixes should reduce annoyance for some users:

There are a lot of known issues in this build, so make sure you read the full changelog and hop to a different ring if required.