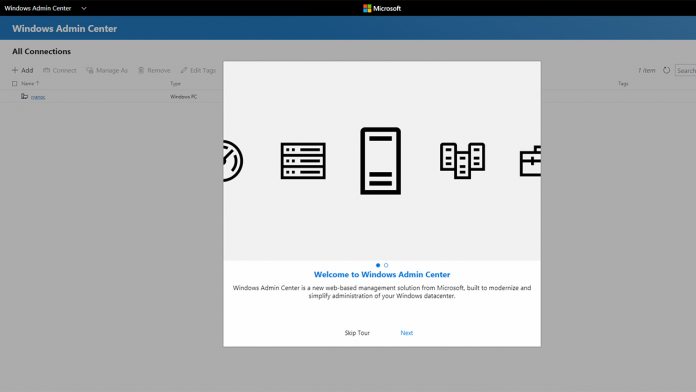 Microsoft has officially released Windows Admin Center, formerly known as Project Honolulu. The tool orginated as a replacement for Server Management Tools, but has since evolved into much more.

“Windows Admin Center is a new, locally-deployed, browser-based management tool set that lets you manage your Windows Servers with no Azure or cloud dependency. Windows Admin Center gives you full control over all aspects of your server infrastructure and is particularly useful for managing servers on private networks that are not connected to the Internet,” explains Microsoft.

“Windows Admin Center is the modern evolution of “in-box” management tools, like Server Manager and MMC. It complements System Center and Operations Management Suite – it’s not a replacement.”

The general release includes the addition of role-based access control and security features, but it may represent a conflict for some. Windows Admin Server only supports Edge and Chrome, with no plans for further support. For users of Firefox, that will be a sore point, especially given reliance on some addons.

However, it’s worth noting that the tool comes at no extra cost, so it’s difficult to complain. All you need is a copy of Windows 10 or Windows Server. The only other requirement is that you’re on version 1709 or later of Windows 10.

Though Microsoft emphasises that it isn’t a replacemnt for traditional MMC tools, it does include File Explorer, Event Viewer, Registry Editing, Hyper-V management, PowerShell, Remote Desktop, and much more.