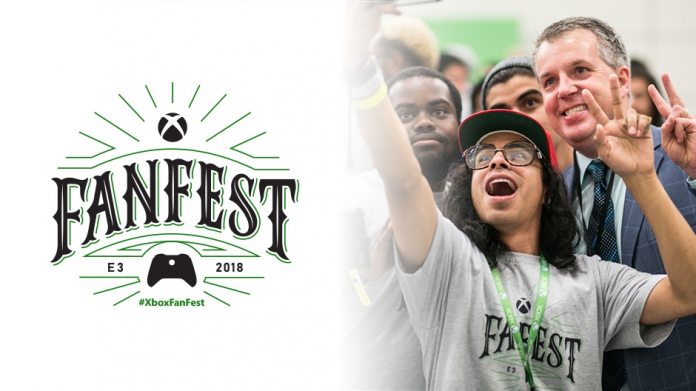 It’s a personal opinions, but I don’t think it’s outrageous to say Microsoft has been the winner of the last two E3 conferences. From announcing the Xbox One X (Project Scorpio back then) in 2016, to bringing Minecraft across platforms in 2017, the company has put Xbox back on the map. Looking ahead to E3 2018, Microsoft has discussed its early plans for the event.

While no earth shaking announcements in terms of hardware are expected, the Xbox FanFest is making a welcome return. The FanFests are an annual event that Microsoft has been hosting for 4 years.

FanFests are held all around the world and before last year’s E3 event, Microsoft said 13,000 fans had attended events in 2016. The company has now detailed what will happen for FanFest at E3 2018.

Specifically, there will be two offers running at the FanFest E3 event for Xbox One fans. The first will be a chance to win a place amongst 400 other winners to attend the FanFest, which will run on June 10 and 11 this year. The second prize is one of 1,000 new Xbox Briefing-Only Fan Tickets. Winners of this prize can attend Microsoft’s Xbox briefing at E3 on June 10 at 1:00 PM PST.

Microsoft says tickets are available through a random online draw. There are some caveats, chief among them participants must be 21-years-old or older. Also, fans interested in attending must have an Xbox Live gamertag, which seems fair enough considering the prize. The company says the submission website will be available soon.

When attending the FanFest, people will be given a custom-built backpack loaded with gaming goods. There will also be a custom FanFest jersey for attendees. Other gifts include a Seagate 2TB Game Drive for Xbox, Sea of Thieves Special Edition, with exclusive Sea of Thieves in-game content and 1-month of Xbox Game Pass.