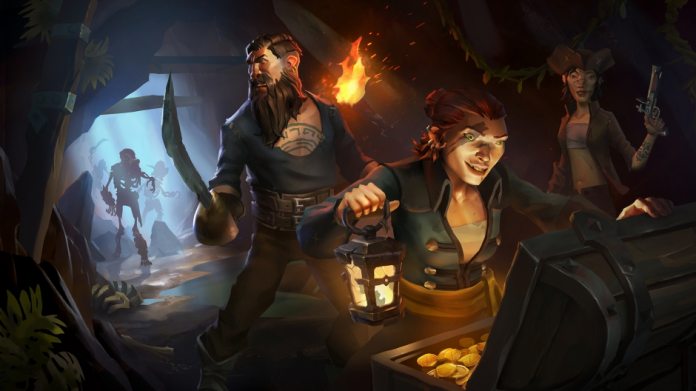 Sea of Thieves is one of Xbox’s biggest releases this year, but it appears the launch was larger than Rare expected. Shortly after it’s launch, the development team confirmed they were having server issues.

“Ahoy Pirates! We are aware of the Greybeard issues that some of you may be experiencing,” a spokesperson said on Twitter. “Our team is investigating to have this sorted ASAP. We’ll update here when we have more details to share.”

Ahoy Pirates for an update! We are seeing join rates on our servers faster than we have ever seen with the US online, people are getting in steadily and our team is working now on it to manage the load… appreciate your patience while we work through this. pic.twitter.com/e4WKFolhPn

‘Greybeard’ is a reference to the error code players were seeing, with some saying ‘Ashbeard’, ‘Cinamonbeard’ or ‘Fishbeard’. According to Outage.Report, the issues were mainly in the US around at the game’s midnight launch. Servers were down for a couple of hours before returning to normal function.

Other than that, the game seems to have launched to a mixed reception. While formal reviews have not yet been published, users have conflicting viewpoints. While some praise it for a fantastic open world experience, others feel there isn’t much to do.

This was one of fan’s main concerns with the betas, and it seems it hasn’t been entirely mitigated. Sea of Thieves doesn’t have much variety in quests, leading to some feelings of repetition.

It seems, however, that Sea of Thieves is what you make of it. It’s most fun with a group of friends to laugh around and roleplay, and no doubt Rare will add more content as the game ages.

That fun is imbued in a day one patch, which includes a literal eyepatch with the number 1 on it. Whatever their feelings, Rare is thanking its players for their support.

“If I could summarise how I personally feel right now, it is pride in the community that has grown around Sea of Thieves, the game experience we have delivered, and unbelievable excitement about what is yet to come,” said executive producer Joe Neate. “In one way this is the culmination of years of work, but in another it is also the first step of an entirely new part of the journey. Everyone at Rare is excited to take it with you, and to see where the next map leads us to.”