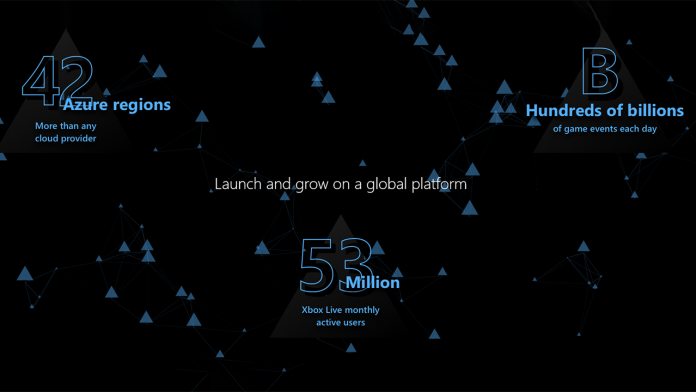 Mircrosoft is creating a new Xbox unit to focus on the promotion of game development in the cloud. According to Bloomberg, the team will promote Azure cloud services for use in game’s online services and features.

The platform has proven somewhat popular in the game’s industry already, utilized for games like Rainbow Six: Siege, Player Unknown’s Battlegrounds, and Hitman . The unit, known as ‘Gaming Cloud’, will both assist developers and create new services. Azure can help with content like DLC, subscription models, online matchmaking, and more.

It will likely be aided by Microsoft’s acquisition of PlayFab earlier this year. The company provides cloud services for games and its staff could be a help in many areas.

Interestingly, Gaming Cloud blossomed from a conversation between Xbox head Phil Spencer and Microsoft CEO Satya Nadella. The CEO asked for ways to tie Xbox more closely to the rest of the company, and Azure was a natrual choice.

Despite its somewhat delayed focus, Xbox head Phil Spencer is confident Azure will be popular with developers.

“We already have deep relationships with most of the big players in the gaming industry,” he explained to Bloomberg. “They trust us.”

By entering the industry, Microsoft can also start planting the game streaming seeds. Sony has a streaming service, but Xbox Game Pass is geared towards offline play. With its considerable cloud infrastructure, the Redmond giant could also make a play.

For now, though, gamers won’t see a difference. Adoption will be purely on the back-end, though Microsoft promises its platform can get games to market faster.