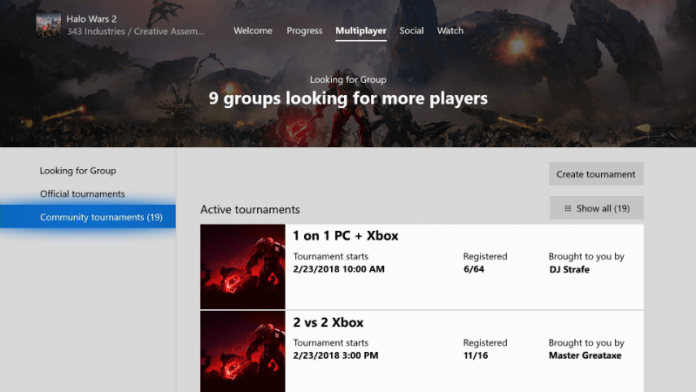 The Xbox One Spring Update has made its way to Insiders, bringing some expected improvements and some welcome surprises. Microsoft is introducing some major features to the console, stretching across browsing, audio, UI, and streaming.

Perhaps the most obvious is a redesign of Edge, updating to a more modern look and improving the control experience. As well as a cleaner look, users will notice improvements to favorites and history.

However, the biggest leap is the ability to download and upload pictures, video, and music directly from Edge. This is something that’s been holding it back for some time, and the content can now be viewed via the File Explorer app.

Speaking of music, Microsoft is making tweaks to the background music experience. You’ll now be able to use the guide to balance game and music volume for the perfect mix of soundtrack and awareness. It combines with spatial audio support for system sounds, meaning it will perform better on surround sound systems.

Microsoft is also working on the community aspect of Xbox, specifically Clubs. Like most social media platforms, users will soon be able to sort their club feeds via ‘Hot’ and ‘Top’ posts. You’ll also be able to turn off comments on feed posts in Game Hubs, Community, and clubs for some much-needed quiet. Critically, administrators will also be given more tools to manage their club invites. They’ll be able to filter requests by playtime, gamerscore, and more, rather than having to check manually.

As well as these, there are a number of less noticeable changes that should be well received. These include:

Support for 1440p output is especially notable, as it will let players plug their console into existing high-resolution PC monitors. They tend to be cheaper and have a higher refresh rate, so it will be a very welcome feature for many.

There are also some features in testing, including a revamped Xbox Live Gold experience. It’s not clear when the features will roll out to all users, but it should gradually make its way through the Insider rings.