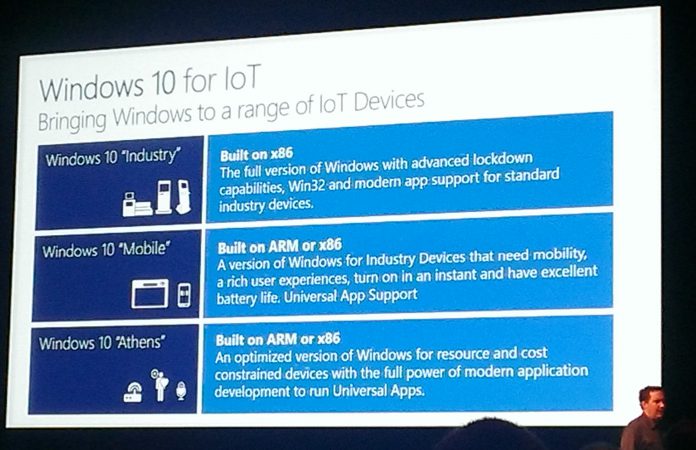 “Windows 10 IoT Core uses a unique capability of the NXP i.MX 6 and i.MX 7 to enable trusted I/O which can ensure that malicious applications or rogue actors are unable to tamper with the physical control of a device even if they infiltrate the operating system software.”

Microsoft has debuted a private preview on NXP i.MX 6 and i.MX 7 processors. It is available for new previewers here. The company says the final Windows 10 IoT for NXP processors will be finalized for shipping later in 2018.

“For decades, Microsoft has been serving customers in the embedded and IoT markets and we continue to increase our investment and commitment to this market,” wrote David Lemson, Director, Windows 10 IoT at Microsoft.

Back in December, Microsoft furthered its connected device ambitions with IoT Central. It is the company’s software-as-a-solution package aimed for businesses and enterprise. Companies building Internet of Things applications, can now do so more efficiently and easily.

The Microsoft IoT Central solution is described as “the first true highly scalable IoT software-as-a-service (SaaS) solution that offers built-in support for IoT best practices and world-class security along with the reliability, regional availability, and global scale of the Microsoft Azure cloud.”