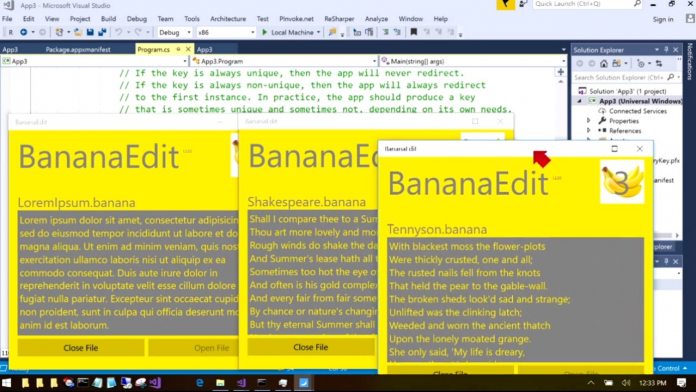 Windows 10 1803 (Redstone 4) is just around the corner. Microsoft is finalizing the feature update now and it is expected to launch late March or early April. However, new features and capabilities in Windows 10 are still popping up. For example, Microsoft will introduce multi-instance apps for the Universal Windows Platform (UWP).

According to a Thurrott report, some core Windows 10 apps like OneNote already have the support. The Universal Windows Platform will now be able to manage multiple instances of third-party applications simultaneously.

This basically means multi-instances of an app operate as separate processes. Users can use the apps at the same time. This is important because it means if one instance crashes, the others will still be operable.

Microsoft has made implementing multi-instance apps in UWP relatively simple for developers. The company explained how developers can tweak their apps to support multi-instances during a Windows Community Standup last week.

Windows 1803 will introduce numerous improvements to the Universal Windows Platform. For the first time, developers will be able to include subscription-based payments in their apps. Subscription-based billing is an automatically renewing payment model.

Subscriptions are set to periods of 1 month, 3 months, 6 months, 1 year or 2 years, customizable by the developer. Free trial periods can also be added to UWP apps, set to 1 week or 1 month.

Microsoft will also launch Progressive Web Apps to the Microsoft Store through the update. However, the company says these will not interfere with its plans for UWP.

Progressive Web Apps (PWAs) are web-based applications that are enhanced with modern features. They are regular web page that can be used like a traditional or mobile application.