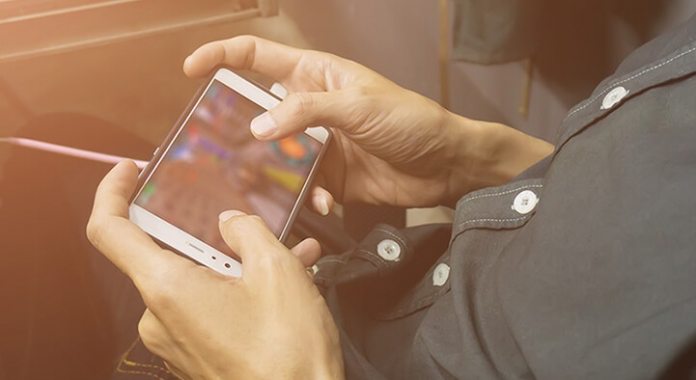 Smartphone technology has been in constant change for 10 years, with massive innovations on a yearly basis. Processing power, RAM capabilities, screen tech, and design have all improved. However, one area has remained a cause for frustration… battery. And no mobile process kills battery more than gaming. Microsoft may has an answer that will let users game for longer on their handsets.

Sure, smartphone batteries have improved, but not in line with power consuming components like screens and tasks. Mobile GPUs now churn out a level of graphics quality that allows casual gamers to replace a console or PC. These GPUs come at a cost of massive battery loss. Moderate use gets you barely a day from a flagship device, but when gaming you can slash that to a few hours.

Microsoft Research Asia (MSRA) and Korea Advanced Institute of Science & Technology (KAIST) thinks there is a solution. The team has create a new system, which it calls RAVEN. This solution can reduce power consumption cause by games without affecting the graphical or gameplay quality.

Researchers found most games render at 60 fps, which is good and what we all want. However, as much as 50% of frames at any time are identical to other frames. For example, if there is green grass in the game, many frames will be the same. RAVEN works on the assumption these identical frames are a waste of processing power.

“The system works in a pipelined fashion. First, F-Tracker measures perceptual similarity between two recent frames. Then, R-Regulator predicts the level of similarity between the current and next frame(s). The prediction is done based on how similar the current frame and the previous frame(s) are. If the next frames are similar enough (determined by a threshold) to the current one, R-Injector limits frame-rendering rates by injecting certain delay in a rendering loop and skip graphics processing for unnecessary frame(s). Presently, RAVEN can skip up to a maximum of three frames, and thus, inflict a frame-rate drop down to 15 FPS.”

Microsoft has published the results in a paper titles “RAVEN: Perception-aware Optimization of Power Consumption for Mobile Games”. It’s a shame the company no longer makes mobile hardware to implement this development. Just another reason to call for a flagship Surface Phone.