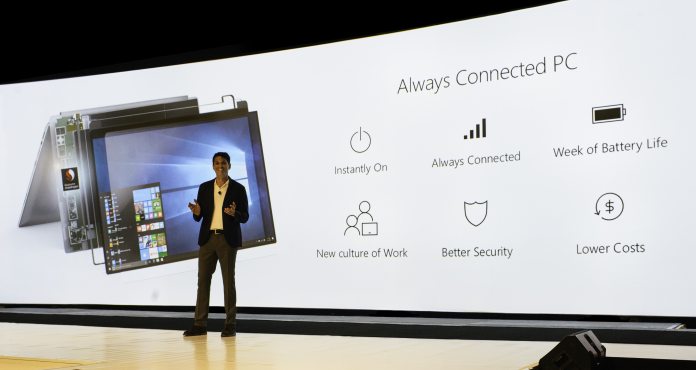 Microsoft’s Windows 10 on ARM revolution is underway. Launched last year alongside Qualcomm as Always Connected PC, it brings mobile CPU technology to laptops. Today, Microsoft announced some important news regarding the platform. The company says AT&T and T-Mobile will sell Windows 10 on ARM in its online and physical stores.

The announcements follows Verizon and Sprint’s commitment to the platform earlier this year. Microsoft will be delighted as it means Always Connected PC devices are available through the four biggest network carriers in the United States.

The first phase is mobile processors on laptops which delivers day-long battery life for computing. However, Microsoft accidentally published some limitations associated with Windows 10 on ARM. In terms of mobile, the future of Windows 10 on ARM could allow full Windows PC capabilities on smartphones.

Long time Microsoft hardware OEMs have also joined Microsoft’s vision. Lenovo, HP, and Asus have devices ready to launch, while Samsung and Xiaomi are reported to be joining the platform. However, last week Dell said it is cautious and will wait to see how the market grows before jumping on board.

Like many other companies, including Microsoft, Dell has been burned by failed Windows releases. Windows RT, Windows Phone, and to a lesser extent Windows 8 were all backed by Dell and all failed.