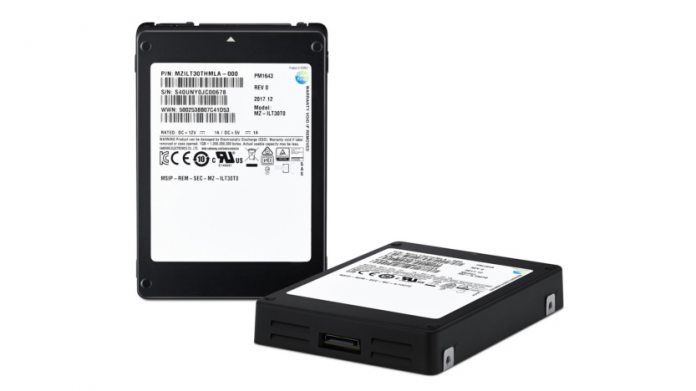 Samsung has begun production of a 30.72TB SSD, beating its previous release of 15.36TB. Aimed at enterprises, the PM1643 is the industries largest SAS SSD and leverages Samsung’s V-NAND technology.

According to Samsung, this is up to four times the speed of regular 2.5-inch SATA SSDs. The 30TB SSD also applied TSV technology to connect 8Gb DDR4 chips for a total of 40GB DRAM. This is the first time TSV has been used in such a fashion in SSDs.

“With our launch of the 30.72TB SSD, we are once again shattering the enterprise storage capacity barrier, and in the process, opening up new horizons for ultra-high capacity storage systems worldwide,” said Jaesoo Han, executive vice president of the Memory Sales & Marketing Team.

“Samsung will continue to move aggressively in meeting the shifting demand toward SSDs over 10TB and at the same time, accelerating adoption of our trail-blazing storage solutions in a new age of enterprise systems.”

However, stability is also key for enterprise. Samsung will be shipping the drives with its software to ensure metadata protection, as well as power failure protection and error correction code. That’s combined with an endurance level of 30.72TB every day, which would still fit its 5-year warranty period.

It’s an impressive offering and is sure to come with an equally impressive price. Samsung’s 15TB SSD cost a whopping $10K, and this could be close to double the cost.