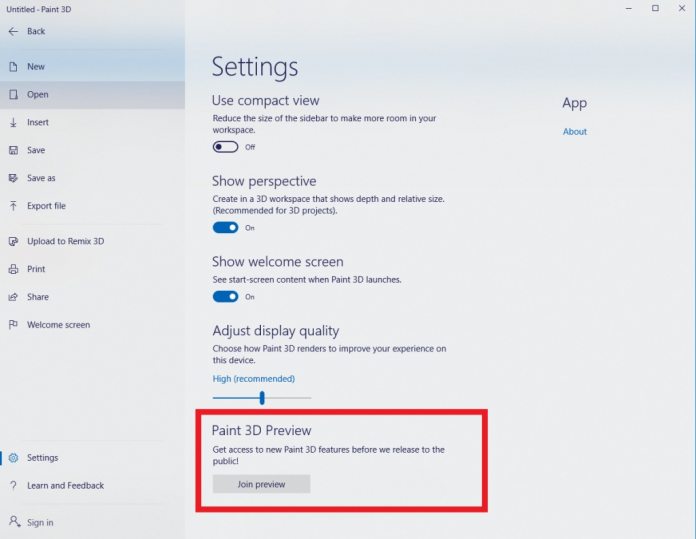 Microsoft also rolled out the first Redstone 5 build on the Skip Ahead branch. The Windows App Preview Program will go hand-in-hand with Redstone 5 development. As mentioned this week, the program allows users to test new builds of Microsoft’s Core apps.

Through development of Redstone 5, the company will be changing some things in its apps. Insiders will be able to choose between just previewing Windows, Microsoft’s apps, or both.

The Windows App Preview Program is also important for other reasons. It allows users to get early access to Microsoft app previews without needing the Skip Ahead branch. We suggested earlier this week that it could be a separate program, but that is not the case.

At least for now, the Windows App Preview Program is limited to Windows Insiders. Microsoft has detailed which of its core apps users can opt-in to preview:

To opt-in, you will need to be an Insider and head to the Settings and About page of the app you want to preview. Once there, clock the ‘Join Preview’ button. There is a caveat. There is only a limited number of preview slots for each app, so if the app you want is full you will have to wait for more slots to open.

Microsoft did a similar thing with the Skip Ahead feature before rolling it out to all Insiders. Maybe the company will expand the Windows App Preview Program in the future.

Reasons for this Program

Chatting about this today, we think this is Microsoft’s most experimental preview program yet. The company’s Windows and Office Insider Programs are regularly updated. Users expect frequent previews and Microsoft providing them makes those programs active.

Does the company really tweak core Windows apps that often? Sure, during a major release the apps may be changed up, but not every major Windows build brings an overhaul of core apps. It’s just speculation, but the Windows App Preview Program could end up being quieter than others.

That said, it seems Microsoft is opening this preview because it has some big plans for its core apps through Redstone 5. It is likely the previews will come thick and fast in the coming months.