Apple’s Homepod is built like a tank, but that doesn’t come without downsides. iFixit performed a teardown of the device and found it very lacking.

Though the HomePod has great build quality, it seems impossible to repair without damage. Users must use a heat gun to remove the top, removing layer upon layer of screws, before cutting through the speaker’s mesh.

Only then can users get to the logic board, but to get to the full internals, things are even more difficult. iFixit had to cut open the top with an ultrasonic cutter, then work through several more layers of screws. The result is a teardown score of 1, only marginally better than the Surface Laptop’s historic 0.

For those looking to avoid Apple’s $279 out-of-warranty repair fee, that’s bad news. However, users can at least know it shouldn’t break if you drop it. The teardown also reveals some interesting information about the device.

Under the Homepod’s Hood

The HomePod has “tiny wiry coils” that let sound pass through without looking poor. We also know that Apple’s bass woofer moves .79 inches, a large amount for such a small device, and how it can deliver such powerful bass.

In terms of chip, the Homepod houses the Apple A8 AL1011 SoC, paired with 1 GB of RAM. and 16 GB of Toshiba NAND flash storage. There are a number of vents inside the system to prevent air pressure and distortion, which is very intelligent.

The strangest revelation is that the Homepod looks like it was made initially with modifications in mind. It holds threaded rings that could have been unscrewed, but are glued together. Essentially, these features are there solely for the manufacturer.

iFixit says there may be an secret path it hasn’t noticed, but Apple hasn’t made any information available at this time. 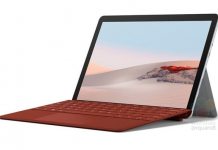 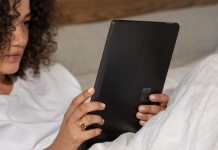