Rumors about WhatsApp Payments have been circulating since early last year, and we finally have confirmation. A small group of users in India has revealed a beta version of the system, with support for many banks.

Among them is State Bank of India, ICICI, Axis, HDFC and many more. The feature makes use of a Unified Payments Interface to allow easy payments to friends and family. The feature can be found in the settings menu and requires users to verify with their phone number.

You can then send payments via the usual WhatsApp interface. On iOS, it’s available in the same menu as sending photos, documents, or contacts. 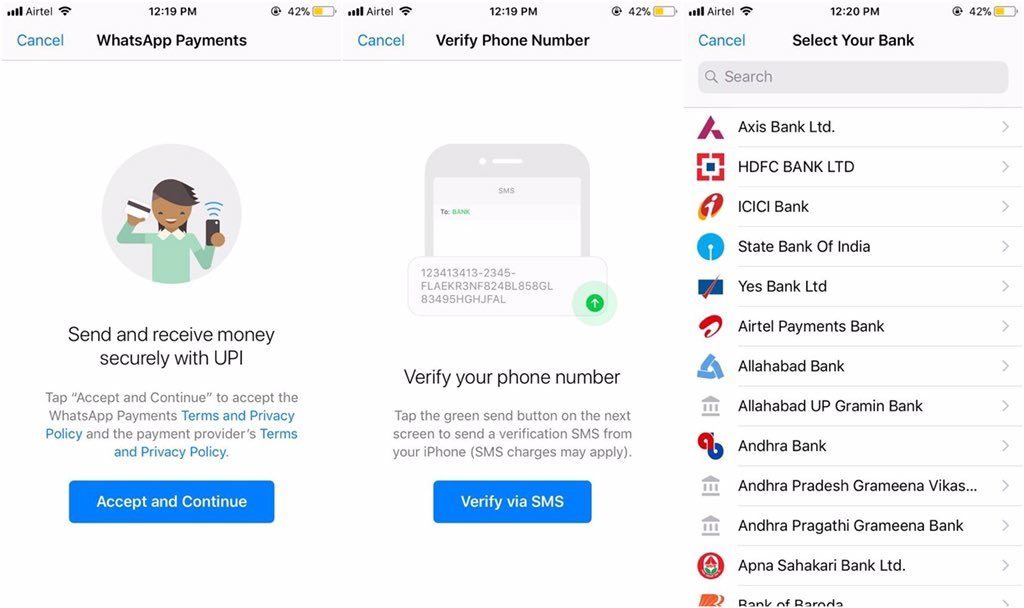 Unfortunately, testers believe the feature is India-exclusive for now. That’s likely due to the country’s huge WhatsApp userbase and government approval. If everything goes well, a release in other regions is possible.

That could be some time away, though, as the rollout in India is quite slow. WABetaInfo says it could take days or even weeks for everybody on the latest version to gain access.

Once they do, it’s likely WhatsApp will become India’s new king of mobile payments. Though the functionality is available in Messenger, it goes largely unutilized in favor of Paytm and other alternatives.

Though WhatsApp would not comment on its plans for the feature, it did previously stress the importance of digital progress.

“India is an important country for WhatsApp, and we’re understanding how we can contribute more to the vision of Digital India,” said a spokesperson “We’re exploring how we might work with companies that share this vision and continuing to listen closely to feedback from our users.”