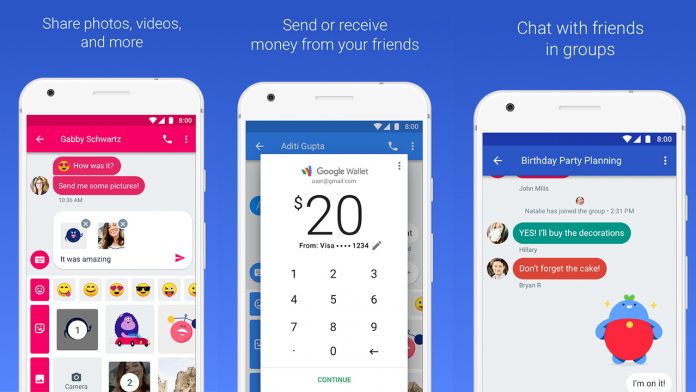 Android Messages 2.9 has released and the folks at Android Police have peeked under the hood. While the update doesn’t come with significant changes, it does set up the app for the future.

By looking inside the app’s apk, software engineer Cody Toombs has found several hints at upcoming features. Of course, it’s possible they will never make it out in the open, but it’s a solid indication of Google’s plans.

One of those appears to be a web interface similar to Allo. It would pair with your phone to display messages on your PC, allowing faster replies. Like WhatsApp, it will use a QR code system to verify your phone. The code suggests the internal name is ‘Ditto’, but that it will be called ‘Messages for web’ when it releases.

The next major feature hint is payments. There are references to business payments, as well as ‘buy with Google’, checkouts, and more. This makes it pretty clear that Google is planning to let users purchase items from businesses via Android Messages. It’s not necessarily a feature you’d expect, so it’ll be interesting to see how the company pulls it off.

It also looks like Google is a big push of its Rich Communications Service (RCS). The idea is to upgrade native messaging functionality with features like group chats, and read receipts, working similarly to iMessage.

New text in the app suggests users upgrade to ‘text over Wi-Fi’, explaining the benefits. Toombs points out a line that says ‘chat features are powered by Google,’ which could mean the company is planning to act as an intermediary of sorts. Whatever the plan, Android users will be happy to finally see the functionality. 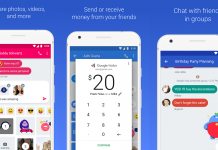 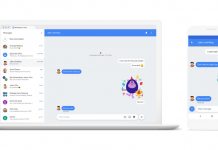