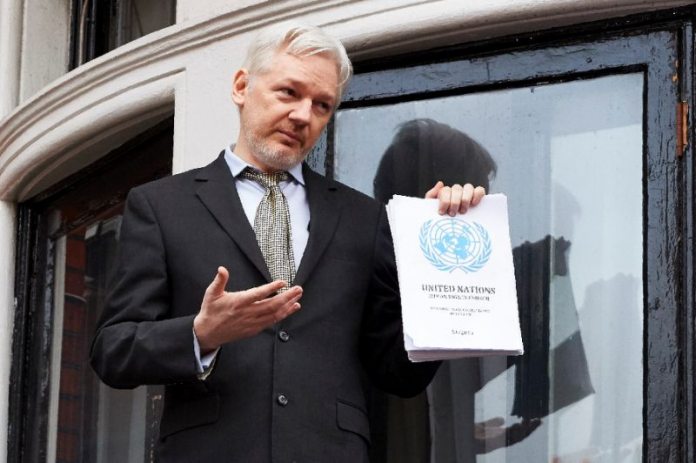 A British judge ruled on Tuesday to keep a U.K. arrest warrant for WikiLeaks founder Julian Assange. The decision means the Australian born programmer, hacker, and entrepreneur will remain in the Ecuadorean Embassy in London. It also means his legal position remains the same in the country where he has been for five years.

In a hearing today, Judge Emma Arbuthnot denied a motion from Assange’s lawyers for an arrest warrant to be revoked. They argued the original charge, stemming from Sweden, has been dropped so there is no reason for U.K. authorities to continue their pursuit.

“I am not persuaded the warrant should be withdrawn,” Arbuthnot said at London’s Westminster Magistrates’ Court.

In response, Mark Summers, the lawyer for Julian Assange, attempted to persuade the judge to hold another hearing. It is unclear if this hearing will be scheduled as Arbuthnot did not immediately agree.

If the judge had lifted the arrest warrant on Assange, he would have been free to leave the Ecuador embassy that he has been living in for over five years. He originally took refuge there to avoid extradition to Sweden, where he faced allegations of rape by two women in 2010.

Authorities in the U.K. granted bail to Assange, allowing him to enter the embassy. The arrest warrant issued for skipping bail is still in place. It prevents him from leaving the embassy or the U.K.

The only charge remaining on Assange is the arrest warrant for missing bail, the Swedish case has been dropped. Officials in the Scandinavian country have conceded there is little chance of getting Julian Assange into the country to face charges. In the U.K. authorities have said “the way to resolve this issue is for Julian Assange to leave the embassy to face justice.”

Earlier this month, Ecuador confirmed it had granted the hacker citizenship. This would allow him to live in the South American country if he were able to leave the embassy. Pushes for Assange to be granted diplomatic status have been shot down in the U.K.

Assange believes he is subject to a secret U.S. indictment for his involvement in the WikiLeaks expose of classified American documents. He says U.S. officials will pursue his extradition if he leaves the embassy and is arrested by U.K. authorities.