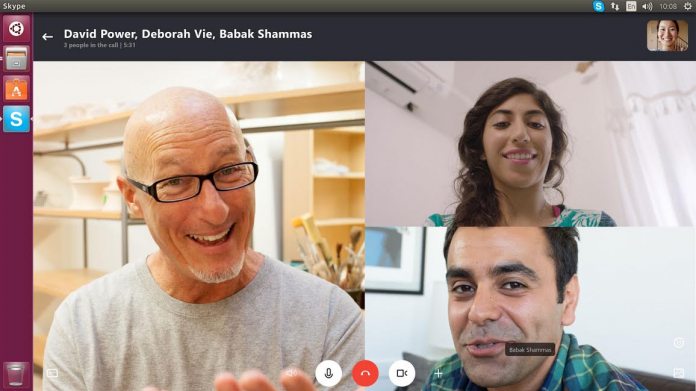 Microsoft has been working hard to improve its image surrounding Linux under CEO Satya Nadella. It’s been making more of its apps available to the platform, and now Skype is easier than ever to access.

Canonical, the parent company of Ubuntu, has announced the launch of Skype as a snap app. The move to a universal package will make it accessible to more Linux distros, including Mint, Debian, Arch Linux, OpenSUSE, Manjaro, Solus, and more.

“We’re delighted to welcome Skype to the snaps ecosystem,” said Jamie Bennett, VP of Engineering, Devices & IoT. “Skype, and the ever-growing number of snaps it joins, looks to put the Linux user first, allowing them to enjoy the latest versions upon release and provide a wider range of applications for users to choose from.”

For the unfamiliar, Snaps are containerized software packages that aim to work securely with any Linux environment. This enables use across desktop, the cloud, and IoT. One of the major draws, like Windows Universal Programs, is automatic updates.

Realising that Skype won’t convince users to switch OS, Microsoft seems set on making it as accessible as possible.

“Skype has been enabling the world’s conversations for over ten years,” said Jonáš Tajrych, Senior Software Engineer at Skype. “We want to be able to deliver the same high-quality experience on Linux as we do on other platforms. Snaps allow us to do just that, by giving us the ability to push the latest features straight to our users, no matter what device or distribution they happen to use.”

In turn, Microsoft’s move gives it a stronger footing against alternatives. Software such as Ekiga, GNU Telephony, and Google Talk is popular due to Skype’s limited (but growing) features on Linux.

Whatever the motivation, Skype for Linux users will be pleased to see the functionality.