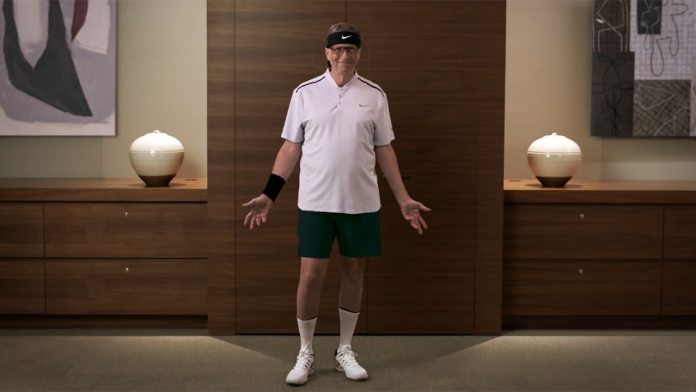 Bill Gates and Tennis legend Roger Federer are joining forces once more for a charity tennis match. The two will play doubles against Jack Sock and NBC Today co-host Savannah Guthrie to raise money for education in Africa.

“With my foundation, we want to provide one million children with the opportunity for a quality education by the end of 2018,” said Federer. “The Match for Africa 5 in San Jose will help us reach our ambitious goals. I am very grateful for this opportunity to collaborate with Bill Gates, who in my opinion is the world’s leading philanthropist.”

However, Sock currently takes the no.1 spot in the US, and Federer tells Gates to “up his game”. A training montage on Gates’ YouTube channel features him lifting weights, parrying on a tightrope, and getting a fashion makeover.

According to the video, the event will begin on March 5 at the SAP Center in San Jose.

Tickets for the event will range between $30-$500, and Gates is hoping to win again.

“Roger and I are 1-0 as a doubles pair after last year’s event, so I’m hoping we can keep the streak alive while raising money for an important cause,” he said.

You can buy tickets here.