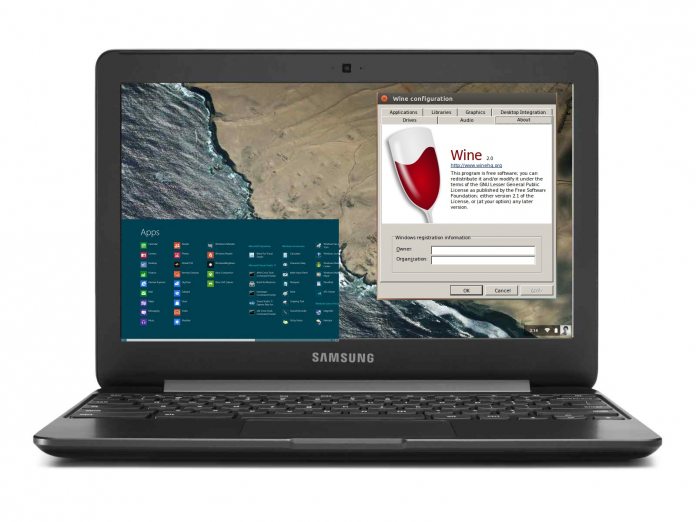 Wine 3.0 has been launched, the latest version of the Windows emulation software. Previously available on Linux and Mac, the software allows Windows to run on those platforms. The new version has two very important abilities. It is now available on Android and now support Google’s Chromebooks.

This is significant news as it means users on those platforms can now run Windows. Wine 3.0 arrives almost exactly one year after Wine 2.0 launched. Users with Android devices can now run Windows applications like they are using a Windows-based PC. Importantly, the apps are also fully supported.

There are some limitations according to release notes published by Android Police:

“Since Wine for Android is in its early days, there are several major limitations right now. The app only fully opened on my OnePlus 5T – it crashed on my Galaxy Tab S and froze on my 2016 Pixel. The DPI scaling is also very buggy, and it’s difficult to use on a touchscreen. The graphics driver doesn’t support Direct3D yet, so many programs (especially games) won’t work at all unless you can force them to use OpenGL.
Wine is only a compatibility layer, and not a full-blown emulator,

so you’ll need an x86 Android device to take full advantage of it. Wine does support ARM devices, but you can only use programs that were ported to Windows RT. You can find a few examples here. The Wine project is working on using QEMU to emulate x86 CPU instructions on ARM, but that’s not complete yet.”

Arguably more impressive is Wine 3.0 allows Chromebook users to run Windows apps. Users of Google’s ChromeOS have been limited to Android and Linux apps. Sure, Microsoft services are on Android in app form, but are usually watered down experiences. With Wine, Chromebook’s can get fully powered Windows apps.

This is problematic for Microsoft as the company has positioned Windows 10 S as the rival to ChromeOS. A major selling point of Windows 10 S is its ability to run Microsoft apps. Of course, Windows 10 S will still work offline, whereas Chromebook’s are always-connected machines.

Either way, it is welcome to see Wine 3.0 brings support for Windows apps to ChromeOS. Not that this is the first software to allow such a thing. Last year we spoke to CodeWeaver, a company that developed an app called CrossOver. The app allows Windows apps to run on Android and Chromebooks.

Wine 3.0 is reportedly buggy, so it is wise to remember it is still early days for this software. Indeed, CodeWeaver told us the difficulties involved in porting Windows 10 apps to ChromeOS:

It is worth checking out the whole interview here to see what’s involved in bringing Windows apps to Chromebook’s. As for Wine 3.0, you can download it here.