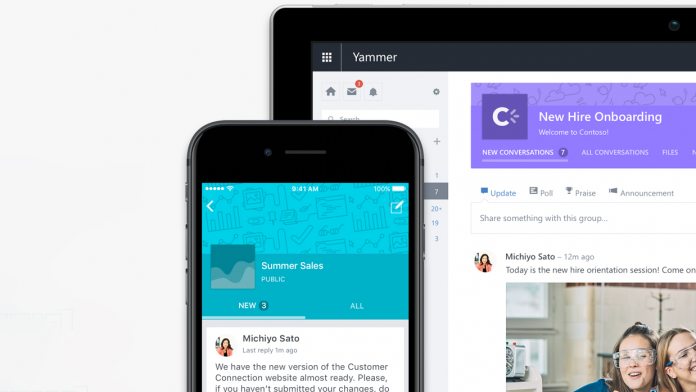 Microsoft has announced some significant updates for the iOS and Android versions of Yammer. The enterprise social media will soon get support for GIFs, as well as announcements, a ‘praise’ ability, and more.

The GIF functionality is available in reply to any post, letting users express themselves quickly and visually. It’s a feature available on other social media, so it makes sense to see it here.

However, that lighthearted addition will be balanced by some professional ones. Post announcements let admins post about upcoming events and news, pinging everyone in the group. Announcements go straight to the member’s inbox, meaning they can read back through at any time.

The above features are available on mobile now, but Microsoft is working on more. Users will soon be able to make a poll to spur decision-making inside an organization, be it a project or where to go for lunch.

You can find out more about the new features on the Yammer blog.