Encryption is quickly becoming a necessity in messaging, and Skype is planning to match its competitors in that regard. Microsoft has announced plans to introduce end-to-end encryption in Skype in including audio calls and files.

However, there is a catch. Instead of WhatsApp’s ‘always on’ encryption, Skype’s works more like Facebook Messenger. Users must choose to begin a private conversation when messaging someone, and you can only participate from one device at a time.

Currently, the feature is only available between users on the latest, Insider version of Skype on desktop, iOS, Android, Mac, and Linux. It’s not currently available on UWP, but Microsoft plans to implement it in the future. 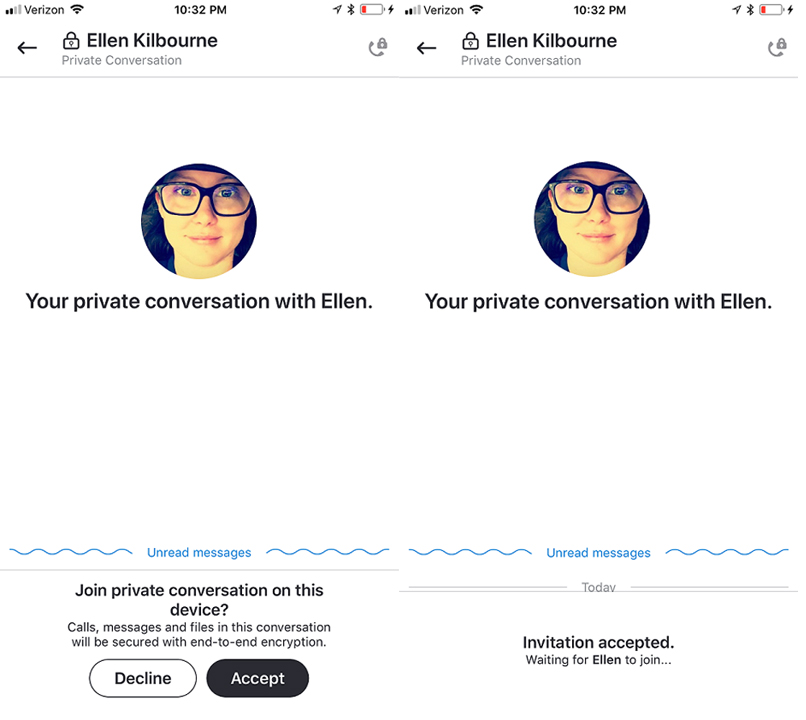 Microsoft makes use of Open Whisper Systems Signal Protocol, which is widely regarded as one of the best in the messaging space. Like all end-to-end systems, each user is given a private and public key.

Skype will do this all automatically, meaning no fiddling about with long strings of numbers or manually inputting each other’s key. For the user, it means nobody, including Microsoft, the government, or malicious third-parties, can see it.

With mass surveillance programs and increasing man-in-the-middle attacks, it’s becoming very popular with users. In the next step of the feature’s development, Microsoft is hoping to make it even more user-friendly via UX improvements.

So far, we haven’t heard anything about video calls, but it’s possible it will come at some point. Either way, it’s a huge step forward for the privacy of Skype users, and we look forward to seeing it in public builds.

In the meantime, you can join the Skype Insider program here.