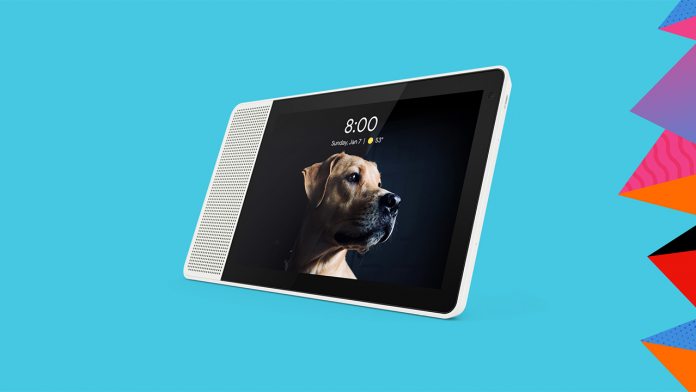 Google already has a series of smart speakers, from budget to high-end. However, it’s yet to release a dedicated smart screen device, and it looks like Lenovo will beat it to the punch.

The Lenovo Smart Display utilizes Google Assistant to provide similar functionality to Amazon’s Echo Show. With it, you can both see and hear weather updates, search results, news updates, or play YouTube videos.

It doesn’t do anything an Android phone can’t, but that’s not the idea. Coming in 8-inch and 10-inch form factors, its design to sit on a table rather than travel around with you. Because its main purpose is assistant use, it doesn’t need incredible specs, either.

The Smart Display features a single 5 MP webcam for video calling and a choice between an HD and FHD touchscreen. Under the hood sits Qualcomm’s Snapdragon 624 SoC, integrating CPU, GPU, DSP, WiFi, and Bluetooth on a single chip.

That’s helped by Google’s Android Things operating system, which automatically creates routines to help you. It can give a traffic and weather report in the mornings, recipe suggestions in the afternoon, and movie showings or restaurants at the weekend.

However, don’t expect to be able to just pick it up and take it into another room. The Smart Display doesn’t seem to have a battery, instead plugging into the wall. If you want to use it as an alarm clock and a family device, you’ll probably want two of them, and that’s when the cost begins to add up.

You’ll be able to weigh up that cost early this summer when both models launch in their respective colors.