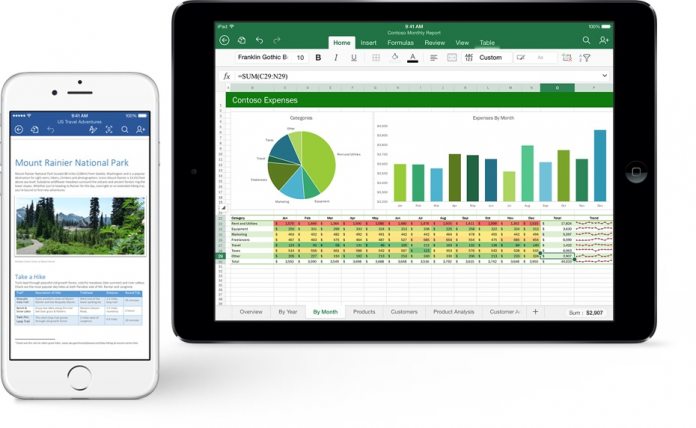 Office Insider Program members running the productivity suite on iOS are getting a new preview. Microsoft has released a preview of the January update, bringing the suite up to version 2.9 (17123100). Yes, as that code suggests, this is a December made preview, which points to the preview reaching all users soon.

In this Office release, users will see changes made to Word, Excel, and PowerPoint. For Word, Microsoft has introduced a new feature called Mobile View. As the name suggests, this manages how the app interacts with mobile screens. Specifically, Word should not automatically adjust a document to an iPad screen.

When using Word on iPad in Split View users have previously had to resize the document when adjusting the screen. Thanks to Mobile View this will be automatic.

Also in Word, Microsoft has added Learning Tools. With this feature, users get automated tools, such as the ability to have the text highlighted as the document is read aloud. Other abilities of Learning Tools are adjusting column width, text spacing, and page color.

In terms of PowerPoint, slides that have been edited by someone else will now have a green highlight. This is a simple addition, but it will show who has worked on what slide.

Tweaks for All Apps

Across Word, Excel and PowerPoint, Microsoft has made some accessibility tweaks. In the settings of all three apps there are VoiceOver abilities and larger text sizes to be found. You can see them by heading to Settings -> General -> Accessibility.

Office on iOS now also supports drag and drop across all applications. For this to work, you will need to be running at least iOS 11. Microsoft says the features allows users to “easily add or move content, or copy to others apps”.