The tech world was somewhat shaken by Intel and AMD’s surprise announcement last year. The bitter rivals announced a dream-like partnership that will combine an Intel CPUs and Radeon GPUs on a single processor package.

Despite the announcement, details were sparse, but thanks to a slip up at Intel has provided more information. Intel’s Indian website accidentally published details about an upcoming chip, and AnandTech caught them.

Most importantly, we have confirmation that the chip will use AMD Vega. However, the site also reveals some processor specs. The Intel Core i7-8809G will be a quad-core with a 3.1 GHz base clock. It will support hyperthreading and two channels of DDR4-2400, with an 8 MB L3 cache, a 100W Target TDP, and Intel HD Graphics 630. 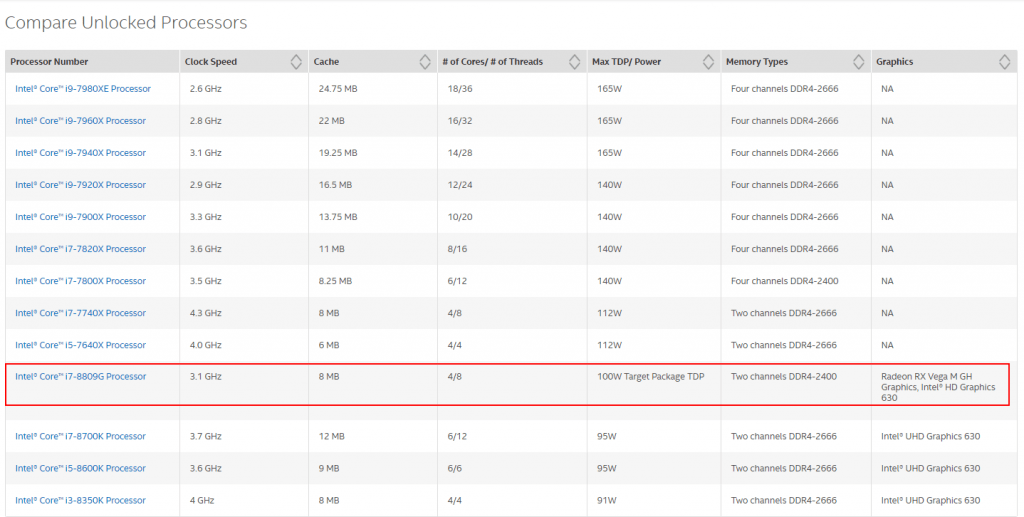 Those integrated graphics will be joined by AMD’s packaged graphics, listed as ‘Radeon RX Vega M GH’. Not much is known about this chip, other than its support for an undisclosed amount of high bandwidth memory.

However, we can infer some things on the Intel side, including naming. This leak seems to confirm that the AMD-packaged processors will have ‘G’ (for graphics) in the name for easy identification.

However, the folks at AnandTech also point out that the i7-8809G is looking like a Kaby Lake processor, rather than Coffee Lake. Despite its 8000 series naming, it only has four cores, while i7 Coffee Lake models have six. It also uses the ‘HD Graphics’ naming (UHD Graphics on Coffee Lake) and supports DDR4-2400 rather than DDR4-2666.

Unfortunately, it’s still unclear if the chips will be coming to laptops or just desktop motherboards. It’s unlikely we’ll hear anything else until CES next week, where Intel could announce full details. 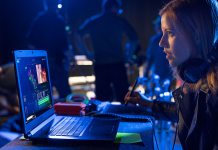