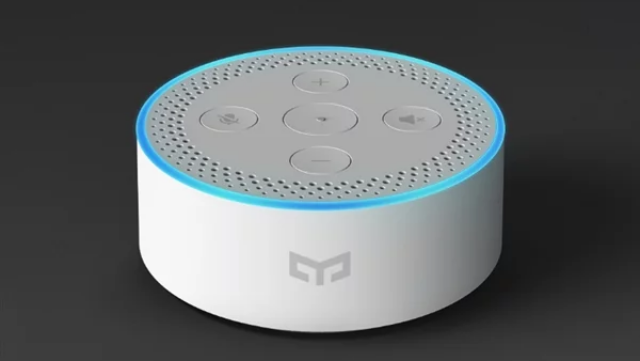 Harmon Kardon’s premium smart speaker began shipping last month and fans have been waiting for a more affordable solution. Many expected HP’s to be the second Cortana-centric offering, but Xiaomi may beat it to the punch.

The Xiaomi Yeelight Voice Assistant is a similar size to Amazon’s Echo Dot, with a very affordable price. The Yeelight will retail at 99 Yuan, which converts to around $30. The device launches on January 31st, 2018 in China with all the specifications you’d expect.

You probably won’t find amazing audio quality in the 2-watt speaker, but it does have an array of six microphones, allowing for a five-meter activation distance. It also uses echo cancellation and beamforming technology. It features a Cortex-A53 quad-core CPU, 256 MB of RAM and 256 MB of internal memory.

In comparison, the Invoke uses seven microphones, utilizing echo cancellation and noise reduction for clear voice input. It features three woofers and three dome tweeters but comes in at $100+.

The Yeelight clearly targets the lower end, which is what Xiaomi does best, and it uses a tried and tested design to do so. The speaker is almost a clone of the Echo Dot, with similar dimensions, looks, and specs. The only real difference is its white color.

Even so, it’s hard to argue at that price point. Alexa support is confirmed, which means you should be able to use Cortana thanks to Microsoft and Amazon’s agreement. If your main purpose is an assistant, rather than a music player, the Yeelight is looking like a good starting point.

However, there’s still the question of its international release. So far, information only includes the China release date, with no window for the global market. Additionally, you can get the functionality from Amazon at a similar price, so the main target will be Xiaomi users.