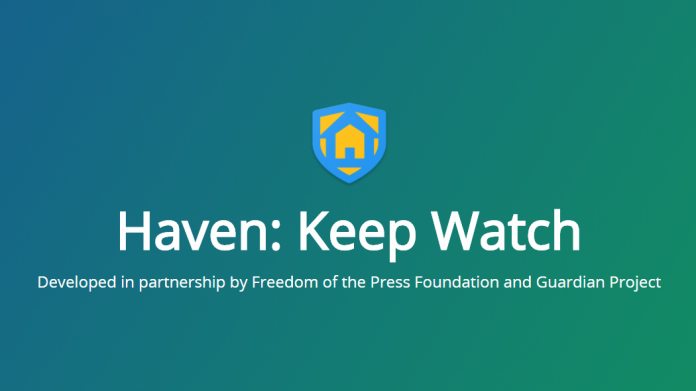 In the wake of several mass surveillance revelations, companies across the world are trying to make the internet a safe place. However, physical security is currently a weak link.

It’s trivial to break into a password-protected Windows PC. There are many workarounds, or you can simply load a USB stick with Orphcrack and hit a few buttons. Suddenly, the attacker has access to everything.

Most users leave their email and social media logged in, their documents lying on the desktop unencrypted. Even if you do encrypt, there are ways around it, and you probably wouldn’t even notice.

As a result, NSA leaker Edward Snowden is sponsoring an app that turns your old phone into a security system. Dubbed Haven, it sits in your home or hotel room, using its camera, accelerometer, microphone and more to check for any disturbances.

To give you updates it real-time, it links to your main phone, reporting if the lights are turned on, a picture triggers, or it hears talking. Snowden thinks of it as a low-cost technology guard dog.

“Imagine if you had a guard dog you could take with you to any hotel room and leave it in your room when you’re not there. And it’s actually smart, and it witnesses everything that happens and creates a record of it,” he said to WIRED. “The real idea is to establish that the physical spaces around you can be trusted.”

Essentially, it uses your phone’s spying methods to spy on other people. The app was made in collaboration with the Freedom of the Press Foundation and The Guardian Project, and has some interesting integrations.

Haven can send encrypted messages via Signal, either over WiFi or using mobile data, ensuring that even your surveillance data is safe. Alternatively, you can configure the app to run a Tor website and connect to it from another device.

Of course, it’s not foolproof. Technically, an attacker could jam your WiFi or data connection, hack into your Android phone, and remove the evidence. However, that would be complex, coordinated, and expensive.

Like all good security systems, it’s a deterrent. It increases the likelihood that something could go wrong and adds another obstacle. Despite some bugs and missing features, it’s already providing real value.

You can download the Haven beta from Google Play today.