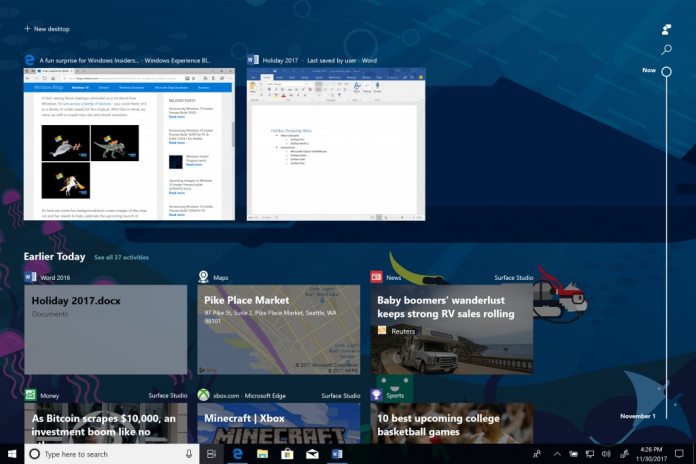 Microsoft released a bumper new preview for Windows 10 on PCs. This update brings the Redstone 4 platform up to build 17063. It is available on the Fast Ring of the Windows Insider Program.

These days, Windows is run as a service. That means Microsoft updates the platform twice per year with new features. No new abilities or features are added in between, although patches are delivered monthly. Redstone 4 is the next major feature package, due to launch next spring.

Microsoft has yet to officially announce the next Windows 10 update for end users. However, on the Insider the Redstone 4 previews are coming thick and fast. We are at that time where the features are arriving regularly as Microsoft seeks feedback from users.

Without a doubt the biggest addition in build 17063 is Timeline. This much anticipated feature was pulled from the Fall Creators Update, before Microsoft confirmed this month it would come to Redstone 4. 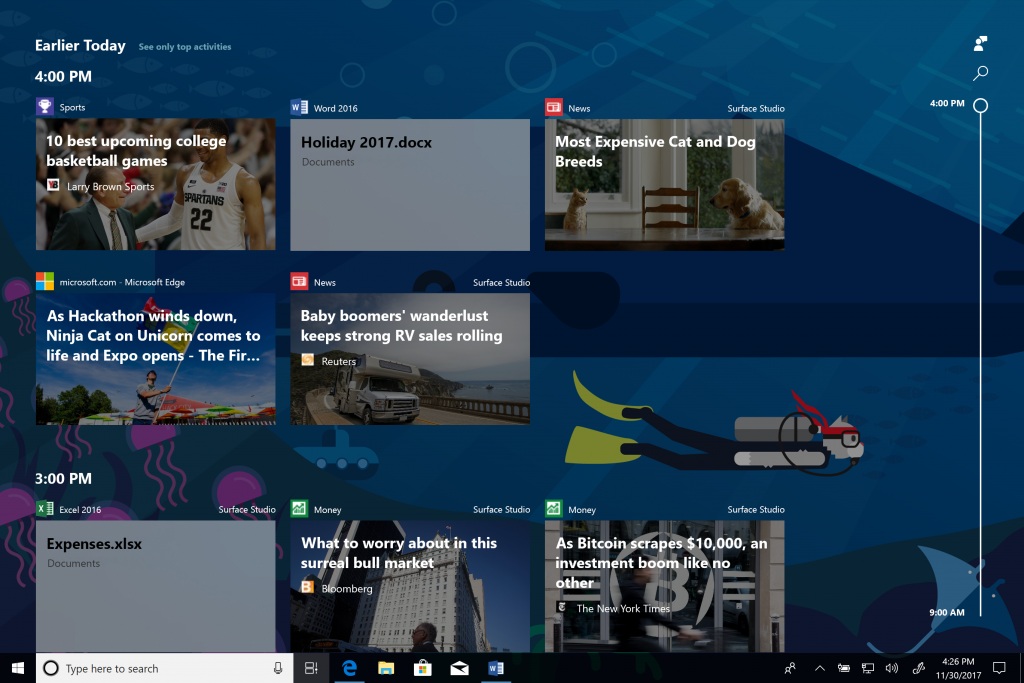 Timeline gives users in Windows 10 the ability to see what they are doing at a particular time. It is a PC version of Microsoft’s “Pick Up Where You Left Off” feature.

Using the Timeline lets you see activity through past Windows 10 use, set out in cards for more efficient movement between apps. Microsoft plans to make activities dynamic across devices, allowing users to pick up any Windows 10 device and have a connected experience.

The feature allows users to group together apps in Windows 10 tabs. In a similar vein to a Microsoft Edge in managing tabs. Users can open a tab within a window by clicking the + symbol in the title bar. This will open a landing page that shows the most frequently used applications, recent documents, and a search bar.

Other Features of Changelog

Other new features arriving in build 17063 are an updated Dark theme and Fluent Design UI improvements. Cortana has also received a new Notebook experience, giving the virtual assistant more abilities in the service.