In the wake of the Harvey Weinstein scandal, more are speaking out about sexual harassment. In some cases, though, it’s not just emotionally difficult; it breaks legal agreements.

Forced arbitration agreements let companies keep harassment claims out of court and therefore cloak them from the public eye. Software giant Microsoft is among the first to make a change.

The company has eliminated forced arbitration agreements internally, and is supporting a federal law that will ban them in the future.

“What this legislation does is ensure that peoples’ voices can always be heard by going to court, if that’s what it takes for those voices to be heard, said Microsoft president and chief legal officer Brad Smith to the New York Times. “It’s the kind of step that can make a difference.”

Despite this, Smith emphasizes that this is more of a show of support from Microsoft. The president says only hundreds of the company’s 125,000 employees were subject to such agreements, primarily in the senior ranks.

The changes also won’t apply to grievances outside of harassment and discrimination. Those will have to go to arbitration, as normal.

It follows a report by Bloomberg last week, which accused Microsoft of tolerating sexual harassment against its employees. Documents from its previous gender pay gap case revealed than an intern had to continue working with a person who had been reported for raping them.

Microsoft said it was required while the company investigated the claims. In July, HoloLens program manager Jonathan Plumb was accused by Genesis Industries of pursuing its employees sexually and making ‘hypersexualized comments’ towards other females.

“We work hard to create a safe work environment for every employee,” said the Redmond giant, and this appears to be a step towards that, but also a way to repair its image.

Smith says he became aware of the bill after visiting Republican senator Lindsey Graham earlier this month. It would mean that forced arbitration in harassment cases is not enforceable under federal law.

“The silencing of people’s voices has clearly had an impact in perpetuating sexual harassment,” said Smith. 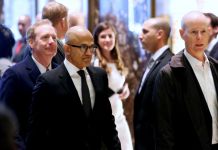 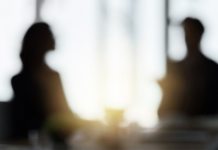