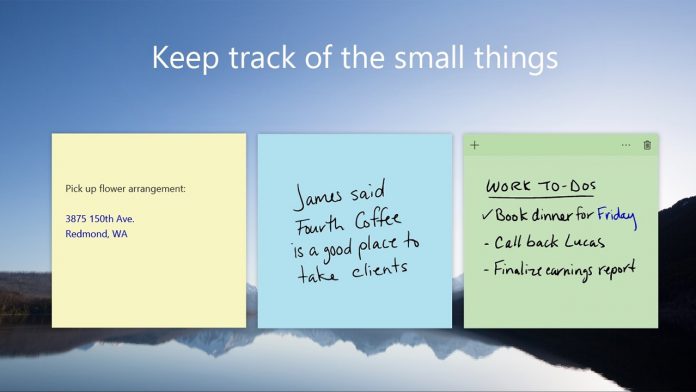 Windows 10’s Sticky Notes app goes unappreciated by many, and that’s likely due to a lack of features. Microsoft is now taking steps to remedy that, adding some essential features in the app’s latest version.

Firstly, users can now create bulleted lists. By typing ‘*’ and pressing space, it will automatically create a bullet, meaning no need for dashes or use of numpad codes. It’s a feature that should have been present a long time ago, but it’s appreciated all the same.

The next major feature is exclusive to those on the Windows 10 Fall Creators Update. A new maps view will appear when opening address insights.

As well as the major features, Sticky Notes 2.0.5.0 introduces some smaller ones. Here’s the full changelog for clarity:

There’s still a lot more functionality we’d like to see, including OneNote syncing, checkboxes, and an ‘always on top’ toggle. However, it’s still a step in the right direction, and hopefully, this update will signal more to come.