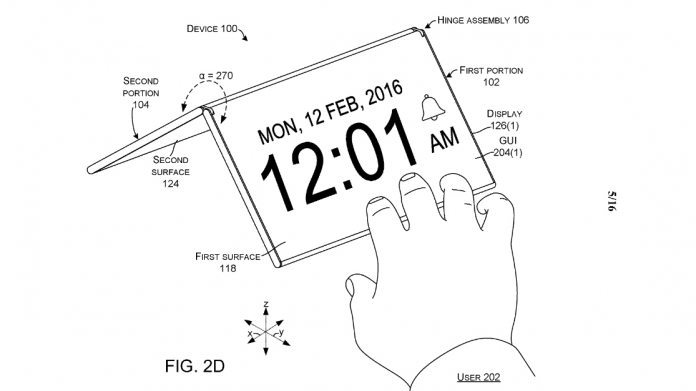 It feels like new information about Microsoft foldables surfaces every week. Patents are far from a guartentee, but a new one gives another hint at the company’s plans.

A patent published on Thursday at WIPO details a self-regulating hinge attached to a dual-screen smartphone. Crafting a foldable without a middle bezel has been a major point of discussion, and the Redmond giant may have solved that challenge.

With all that jargon, you may be having trouble picturing what such a design would look like, but drawings make it much clearer.

Microsoft is testing a very slim hinge design that puts two edge-to-edge displays right next to each other. It would allow for only a minor gap between the two screens, creating a bigger, tablet-like device. 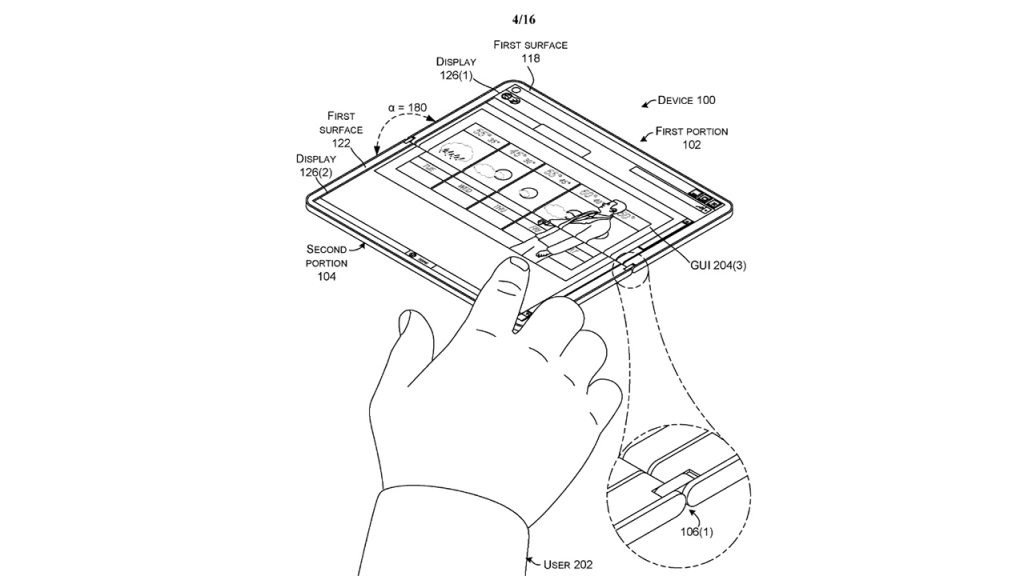 The patent also shows the device folded, allowing for a very thin footprint. Others suggest the attachment of a miniature keyboard and touchpad, as well an alarm clock mode.

Is This the Surface Phone?

Filed in October of last year, the patent is once again raising questions about the mythical Surface Phone. It’s one among many such documents over the past few months.

It also follows hints earlier this week in Microsoft’s Whiteboard app, with references to left and right pages. In addition, reports from Windows Central last month suggest the release of a foldable code-named Andromeda next year.

An accidental leak on Microsoft’s Facebook page also suggests such a device, and the hinge design does look similar to this patent. 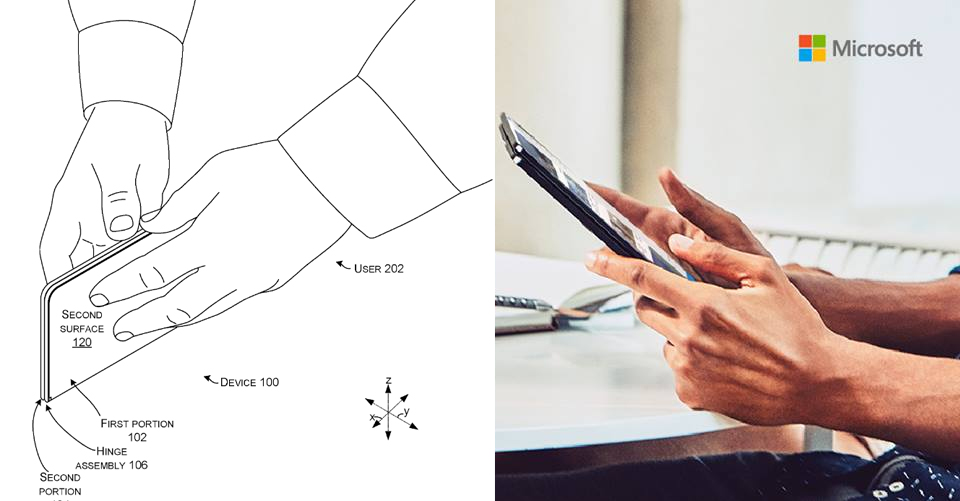 As a result, it seems very likely the company is working on a foldable, but whether it’s called the Surface Phone, or even makes it to market, is an entirely different question.